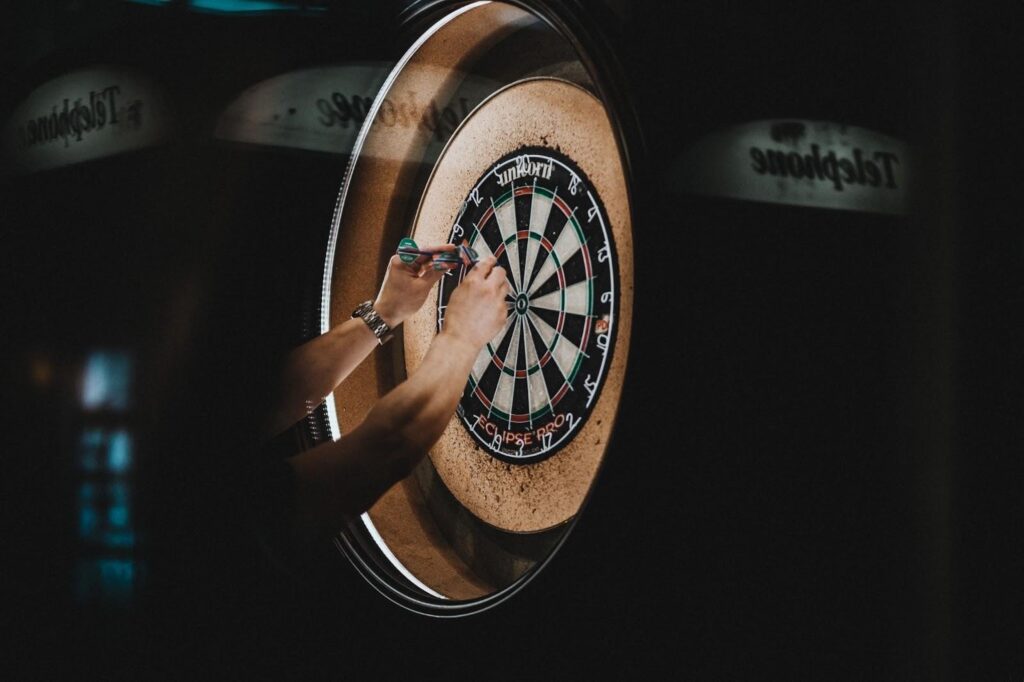 Darts has transcended its origins in the public houses of England, becoming an internationally recognized sport for both men and women, attracting a passionate and often partisan crowd. The sport is still widely played by amateurs, usually in a pub setting, and it can take a while to get the hang of the technique – but knowing the rules is an equally important part of darts. Even if you’re only playing in a pub with friends, some knowledge of the rules and etiquette of darts will add to your enjoyment of the game. Here are some basics to consider.

There are a few rules and variations. If you’re playing in a more casual environment, it’s best to ask for the local rules before you start.

When you watch major darts tournaments on TV, PDC.tv is a common choice, it will almost always follow the darts 501 rules. Players begin with a total of 501 or 301, and must make it to exactly zero with as few darts as possible. Three darts are thrown at a time (except to finish, where any of the three darts can conclude the game). Unlike some of the other rule variations, players can hit anywhere on the board with their opening dart – usually aimed at treble 20, the highest scoring ring. Bullseye scores 50, the outer ring 25, and doubles and trebles twice and three times the value of the ring, respectively. If a player’s score gets to 1 or below zero they are bust, and return to the value of their last score.

This is the most popular alternative game played by casual players. Around the Clock is played by each player aiming to hit each number in sequence (1-20) using three darts per turn. Doubles and trebles are ignored in this variation. Whoever completes the clock first, wins.

Cricket is a little more complex. Players throw three darts, and toss a coin to see who ‘bats’ first. The batter then throws, and if they score more than 40 the extra total is added to their ‘innings’ – for example, a score of 100 adds 60 ‘runs’. The ‘bowler’ aims only at the outer ring and the bullseye, scoring one or two ‘wickets’ respectively. Similarly, if the batter hits either of those rings, they lose the same wickets. There are 4 wickets in an innings. The target rings can be changed, to make it easier for less skilled players.

If you only play once in a while, the chances are you won’t own a set of darts. But for regular, or more serious amateur players, they are essential. You’ll get used to the weight and feel of the barrel and shafts (which can vary greatly). If you enter tournaments, you may well want a unique shirt in which to play – there are companies who help you design your own based on your specifications, for example owayo custom darts shirts. If you’re purchasing your own dartboard, make sure it’s made of sturdy material, with traditional bristle (compressed sisal fibers) on the face.

As with any sport or game, whether you’re a professional or an occasional pub player, there are unwritten rules to consider. Failure to do so could lead to a frosty reception from fellow players, or being refused games. Let’s look at a handful.

Darts require concentration, so it goes without saying that you should, under no circumstances, try to deliberately distract your opponent. Accidental distractions happen, especially in the pub setting, but you can avoid being one by standing quietly behind your opponent, and not too close to them when they are about to throw.

Remove darts after the score has been calculated

This happens often, especially with new players. Darts should remain in place until a score has been agreed on, as those close to two or more rings may need closer inspection. Bear in mind some players may calculate the score slower than others.

Concentration extends beyond the actual throwing of darts. If you’re with friends in a very casual setting there will probably be lots of banter, but a more formal game requires a more taciturn approach. Being a part of a professional team requires more experience and knowledge about the game and the role you play in the team.

Whatever your skill level, and wherever (and with whomever) you play, knowing the rules – written and unwritten – will increase your enjoyment of darts. And it should also improve your game!