The 23rd annual Lights On Afterschool, set for tomorrow, will include academic contests, art displays, debates and discussions, STEM (science, technology, engineering and math) exhibits, walks and runs, visits from lawmakers and business leaders, student performances, open houses, and more at afterschool programs around the country. Thousands of local programs will showcase the skills students hone and talents they develop at their afterschool programs with events focused on academics, well-being, arts and music, civic engagement, STEM, fitness, healthy eating, bullying prevention, and more. Lights On Afterschool is the only national rally for afterschool.

The New York City skyline will shine for afterschool Thursday night when the Empire State Building is lit in yellow and blue. Other landmarks to be lit for afterschool this week include: Denali State Bank in Fairbanks, Alaska; Tropicana Field in Tampa, Florida; the Caesars Superdome in New Orleans, Louisiana; South Street Station in Boston, Massachusetts; the Charles Stewart Mott Foundation in Flint, Michigan; the Ocracoke Island Lighthouse in North Carolina; City Hall in Charleston, South Carolina; the Korean Veterans Memorial Bridge in Nashville, Tennessee; and the Frederick Douglass Memorial Bridge in Washington, D.C.

The authors of Everyday Superheroes: Women in Energy Careers are donating books to afterschool programs for Lights On Afterschool. 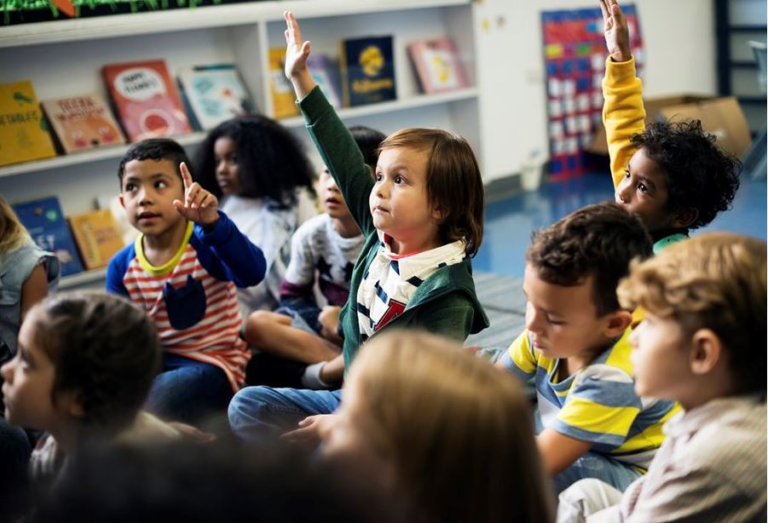 The Afterschool Alliance organizes Lights On Afterschool to underscore the need to invest in afterschool programs. Some 24.7 million U.S. children not in an afterschool program would be enrolled, if a program were available to them, according to a survey of 1,500 parents commissioned by the Afterschool Alliance and conducted by Edge Research in May and June of 2022. That is the highest number ever recorded. Unmet demand for afterschool programs is significantly higher among Latino and Black children (at 60% and 54% respectively) than among children overall (49%). Cost is the top barrier to enroll, cited by 57% of parents as a reason for not enrolling their child. Ninety percent of parents rate the quality of the program their child attends as excellent (51%) or very good (39%).

A list of local Lights On Afterschool events is here. To find other events in your area, see this map.

BellXcel, Capital One, and Clear Channel Outdoor are generous sponsors of Lights On