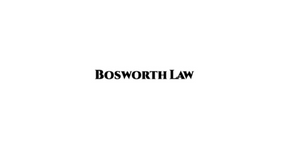 PHILADELPHIA, PA / LAWTEGIC / December 14, 2022 / In a record-setting jury verdict in September, Tom Bosworth became the youngest attorney in Pennsylvania history as lead counsel to achieve a $10M+ jury verdict for a living client in a medical malpractice lawsuit. The total verdict amount was over $19 million. With other 7 and 8-figure wins under his belt, it may very well be that Tom epitomizes the meaning of Philadelphia lawyer, a term popularized as far back as 1788 describing an exceptionally competent lawyer, not just in Philadelphia but across the nation. The fact of the matter is, while preparing this story for publication, The National Trial Lawyers announced Tom was selected as a member of its Top 40 under 40, an exclusive invitation-only distinction honoring the nation’s very best young trial attorneys. 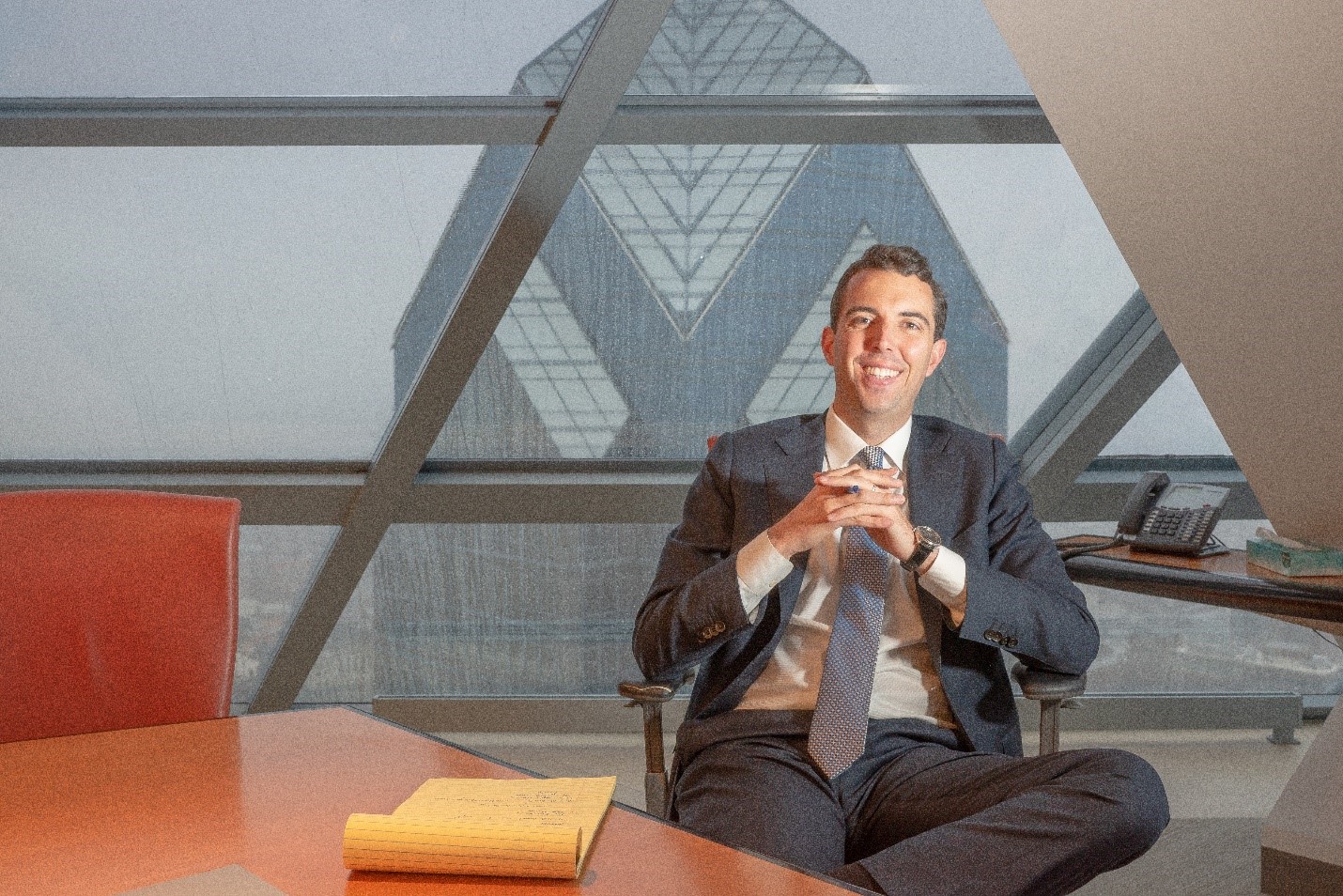 His take-no-prisoner approach to litigating cases is among many of his strategies, but his passion for justice is the driving force that delivers the greatest results for Tom. As a pivotal figure in Tom’s life, and someone who helped raise him, his grandmother’s untimely medical-related death when he was only 18 had a deep impact on him. What was especially upsetting about the situation was the fact that no attorney would take on the case, despite a consensus that medical malpractice had occurred.

“What got me fired up about getting into this field was the fact that nobody would take her case…no lawyer would look at it,” Tom said. “But what happened to her was really wrong. And nobody disagreed with that.”

Having seen the impact medical malpractice can have on someone’s life first-hand, Tom was determined to help ensure other medical malpractice victims and their families have someone fighting for them. He went on to focus on medical malpractice law (for victims only) and recently founded Bosworth Law after having been in practice for the last six years. His firm focuses on representing catastrophically injured clients and the families of loved ones who have died due to medical negligence, corporate wrongdoing, and dangerous products.

“I am not afraid to go to trial regardless of the situation,” said Tom. “This is not a settlement-only law firm; this is a trial firm.”

That isn’t just an empty sentiment either.

Melendez v. Mo
In his highly noteworthy case this past September, Tom became the youngest lawyer in Pennsylvania history to obtain an 8-figure jury verdict as lead counsel in a medical malpractice case for a living client. In the case, a Philadelphia jury awarded a $19.7 million verdict to a medical malpractice victim, for a failure to diagnose. According to the suit, the victim, a woman who had been seeing the same primary care physician for years, repeatedly had her complaints about back pain she was experiencing, along with other symptoms, dismissed. It wasn’t until she finally went to a neurologist on her own, that a mass was found on her spine, which had already led to all kinds of complications, such as incontinence, pain, and the inability to walk normally. Ultimately, this left her partially paralyzed and unable to work.

“Her life had been ruined and the care by the doctor was really reprehensible,” Tom said, “And the amount of money they were offering before trial really didn’t come close to what she would need.”

By going to trial and winning, Tom proved that no stage was too big for him when it comes to standing up for those who have been irreparably harmed due to negligence or wrongdoing. In this case, he took on Penn Medicine, one of the largest medical institutions in the country – and won.

Despite vast amounts of wealth in this country, Tom feels there are still “really bad outcomes in many ways,” when it comes to healthcare. He’s passionate about pushing back against a system that has become overrun by corporate interests. As such, his firm is dedicated to taking powerful corporations to task for putting profits before people – which, in many cases, ends up destroying the lives of innocent individuals and their families in the process. 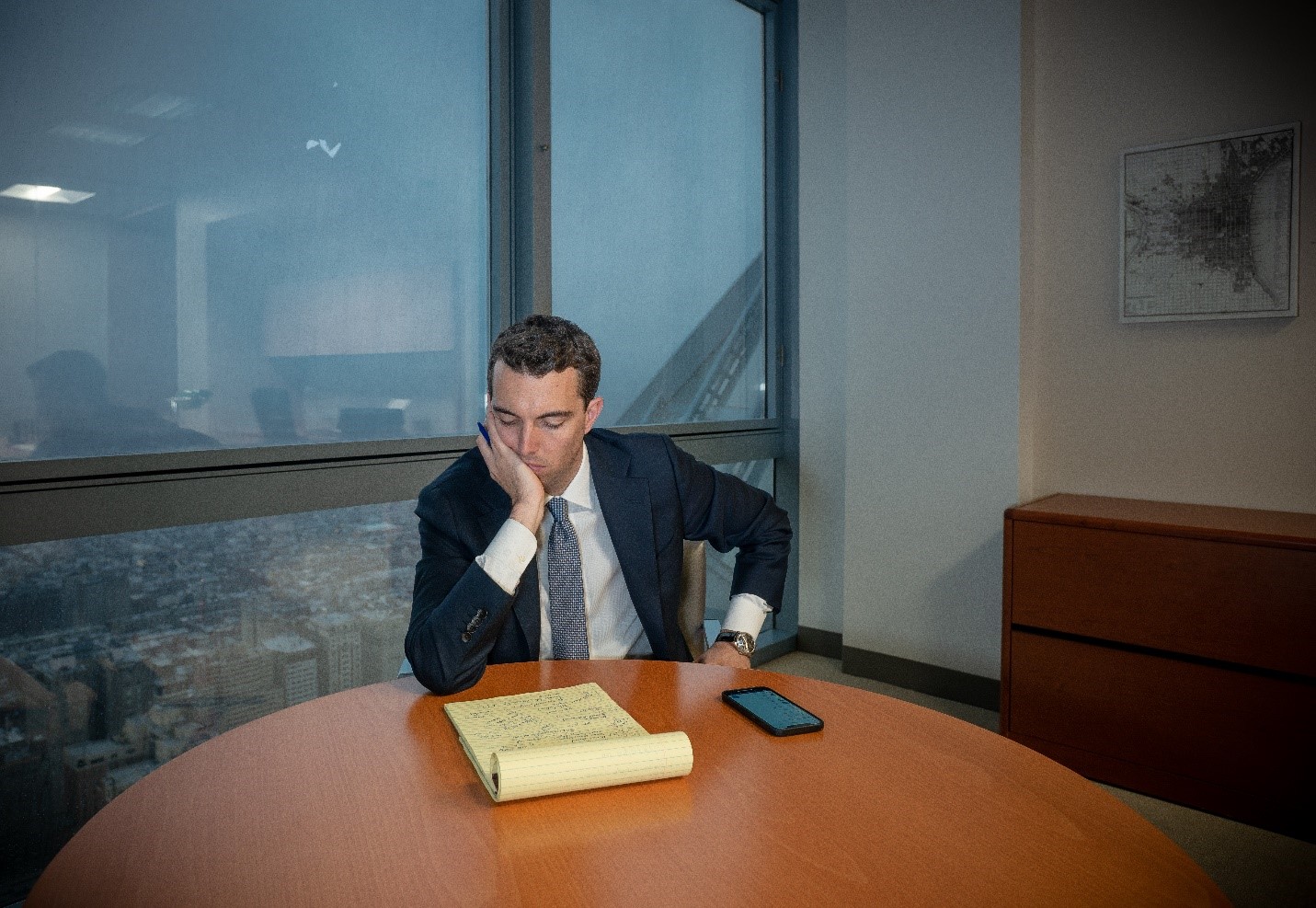 “Take Like a No Prisoner Mentality”
“I take like a ‘no prisoners’ mentality to corporate greed and corporate misconduct,” said Tom. “As someone who represents the people who are permanently harmed in a very serious way, I don’t have any tolerance for that. In fact, I take it personally.”

As Tom describes it, not every case goes to trial, nor should they. However, it’s important that corporate entities know they will be held accountable, should it come to that. “The fact is that defendants and insurance companies are most scared of lawyers who they know can go into the courtroom and punch them in the mouth and get a verdict,” said Tom.

There’s another very important factor to obtaining a jury verdict, according to Tom, and that’s the almost cathartic vindication that his clients experience when it happens. That’s much different than a settlement, which may come with a financial gain, but doesn’t necessarily help the client move forward emotionally. Often in these types of cases, an individual has been mistreated, gaslit, or fed some type of an alternate reality for so long that when they hear a jury say they’ve been wronged, it’s a huge relief. As Tom explains, “A lot of times the verdict is important for them, to bear witness to real accountability occurring.”

To Tom, it is critically important to not just obtain monetary compensation, but also to effectuate real change. A great example of this is another case earlier in 2022 in which, as lead trial counsel, he represented a mother whose severely mentally disabled son wrongfully died in a group home, according to the suit.

Tom had been advised to not take the case by every lawyer he ran it by. To Tom, this was not acceptable since not taking the case meant that it would essentially become a case that would slip through the cracks and there would be no accountability.

Tom was determined to see the case through. He consulted with multiple experts, including an expert forensic medical examiner, who confirmed the cause of death could only have been the result of severe trauma. In the end, Tom took the case to trial and obtained a $7 million settlement on behalf of the mother several weeks into the trial. Something much more important than the monetary award, however, came from this case.

“She was 81 and she really could care less about the money,” Tom described. “She wanted to make sure that the hiring practices were revamped, that the background check process was revamped.”

Ultimately, the defendant agreed to various non-monetary terms as well, which Tom holds as one of his greatest successes. He understood that the money wasn’t going to bring her son back. But the changes he was able to make in how the home operates could potentially save someone else’s life.

This kind of ending could have only been achieved through Tom Bosworth’s commitment to justice, and his willingness to go up against bigger and more powerful entities. In the end, Tom is not only determined to bring justice to those who have been wronged but also works tirelessly to make sure that those in power are held accountable. 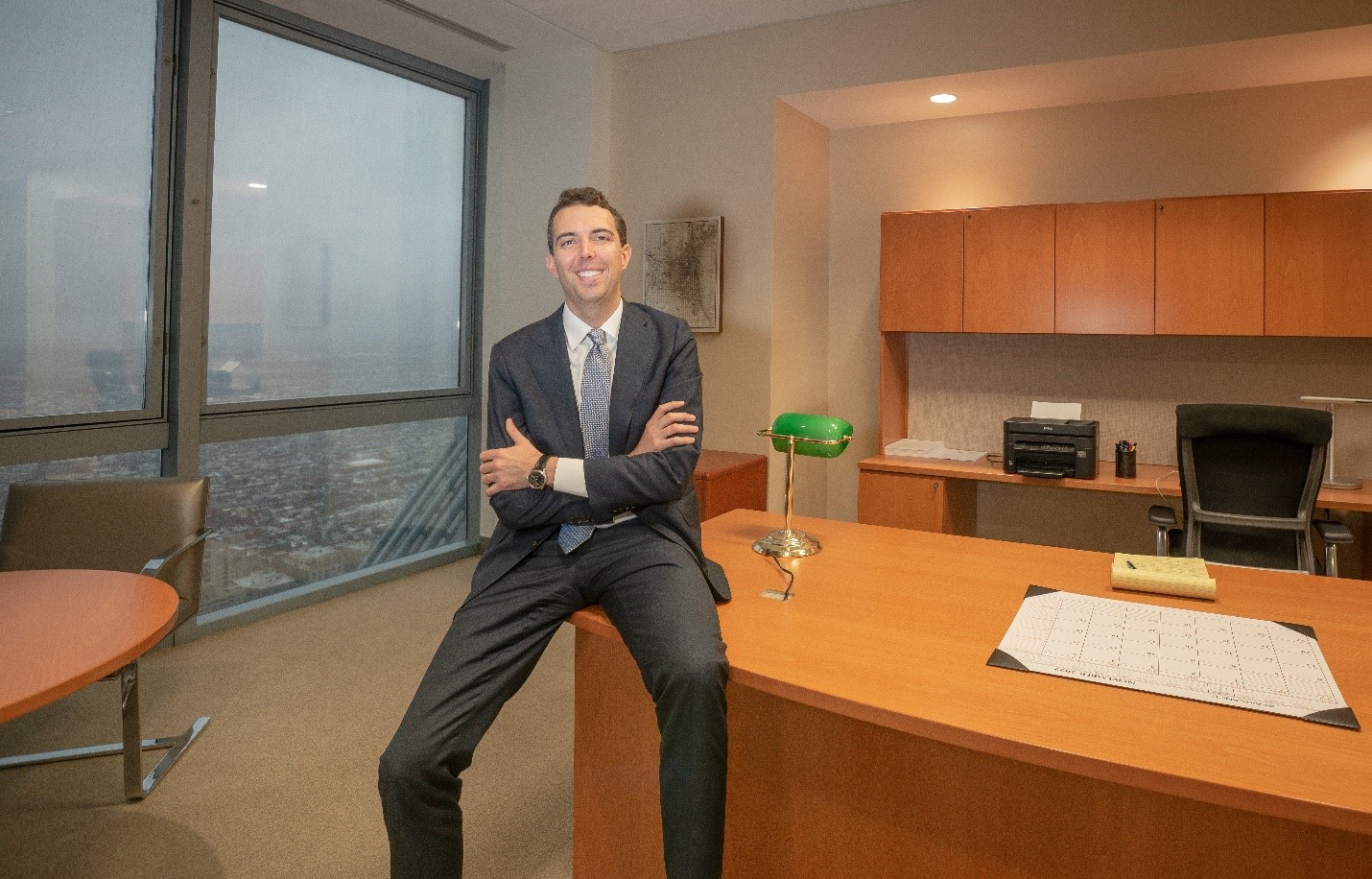 Access to Justice
Tom’s ultimate goal is to make sure that victims of medical malpractice, dangerous products, and dangerous medical devices have access to justice. He doesn’t have a retainer and does not bill by the hour. When a case goes to trial, he pays for all the costs out of pocket. And if he were to lose a case that goes to trial, a client does not pay that back.

“It’s important to me that my clients are on an equal playing field with the biggest and most powerful corporations and institutions out there,” said Thomas. “That is what a court of law is all about.”