MONTREAL, Canada, Nov 4 2022 (IPS) – It is no secret that humankind’s past actions have accelerated the deterioration of ecosystems, negatively impacting our economies, societies, health, and cultures. It is estimated that humans have altered over 97% of ecosystems worldwide, to date. One million species are currently threatened with extinction (IPBES). The writing on the wall is clear. Our planet is in crisis. The sobering reality is that if we continue on our current trajectory, biodiversity and the services it provides will continue to decline, jeopardizing the achievement of the Sustainable Development Goals and our lives as we know them. The decline in biodiversity is expected to further accelerate unless effective action is taken to address the underlying causes of biodiversity loss. These causes are often justified by societal values, norms and behaviors. Some examples include unsustainable production and consumption patterns, human population dynamics and trends, and technological innovation patterns. 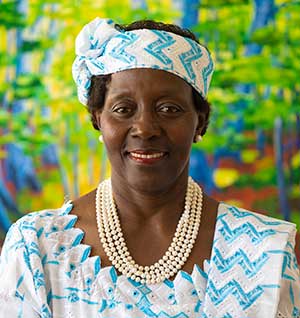 With biodiversity declining faster than any other time in human history, our quality of life, our well-being, and our economies are under threat. Over 44 trillion US dollars of assets globally, or over half of the world’s GDP, is at risk from biodiversity loss (WEF). Our economies are embedded in natural systems and depend considerably on the flow of ecosystem goods and services, such as food, other raw materials, pollination, water filtration, and climate regulation. But we still have a chance. We still have a narrow window in which to transform our relationship with biodiversity and create a healthy, profitable, sustainable future. We can still bend the curve of biodiversity loss and leave future generations with prosperity and hope. We can still move to support ecosystem resilience, human well-being, and global prosperity.

This has deemed this the decisive decade. This is because after this decade, once we move past 2030, the damage done to our planet will be beyond repair. That doesn’t give us much time but it does still give us a chance. This December in Montreal, Canada we will get that chance. It is likely our only chance. I can’t emphasize that enough. This December, the Convention on Biological Diversity (CBD) will bring world leaders together to address the biodiversity crisis at the fifteenth Conference of the Parties (COP 15). Truth be told, the outcome of COP 15 will determine the trajectory of humankind on planet Earth.

The ultimate goal of COP 15 is to emerge with a plan, a roadmap to a sustainable future. We call it the post-2020 global biodiversity framework (GBF). The framework is currently being negotiated by Parties under the Convention on Biological Diversity and represents a historic opportunity to accelerate action on biodiversity at all levels. It aims to build on the outcomes of the Strategic Plan for Biodiversity 2011-2020 and its Aichi Biodiversity Targets and achieve the 2050 vision of living in harmony with nature. The draft framework, if adopted and implemented, will put biodiversity on a path to recovery before the end of this decade.

Why is it critical that the GBF is adopted and implemented? Because 90% of seabirds have plastic in their stomachs (WWF UK). Because we have lost half of the world’s corals and lose forest areas the size of 27 football fields every minute (WWF LPR). Because an estimated 4 billion people rely primarily on natural medicines for their health care and some 70 per cent of drugs used for cancer are natural or are synthetic products inspired by nature (IPBES). Because Ecosystem-based approaches (biodiversity) can provide up to 30% of the climate mitigation needed by 2030. Because monitored wildlife populations, including mammals, birds, amphibians, reptiles and fish, have seen a devastating 69% drop on average since 1970 (WWF LPR). I could go on and on.

Some key targets within the draft framework include:

The post-2020 global biodiversity framework is not just important, it is critical. It will take a whole-of-society and whole-of-government approach and it will take hard work and commitment; but we can do it. We need to act now to bend the curve to halt and reverse biodiversity loss. COP 15 will be a the most crucial and decisive step towards a better and more sustainable future for generations to come. This is our chance. It’s time to decide on a future.

Elizabeth Maruma Mrema, a national of the United Republic of Tanzania, is the Executive Secretary of the United Nations Convention on Biological Diversity