Louisville, KY [December 27, 2022] — This year, Super Lawyers named Founding Attorney Seth Gladstein to the Super Lawyers list, marking the firm’s ninth year receiving the award. The recognition, which is awarded only to the top lawyers in each state, was for the “Medical Malpractice: Plaintiff” category.

Super Lawyers is a list of the top attorneys in every state curated by Thomson Reuters. To be selected for the list, lawyers must go through a rigorous selection process, which involves nominations, independent research, and peer evaluation.

Once per year, the organization invites lawyers throughout the country to nominate the best attorneys they’ve seen in action. If an attorney receives a nomination from someone within their firm, they must also receive another nomination from an attorney outside their firm. Nominations from attorneys who don’t work with the nominee carry higher points than in-firm nominations.

After receiving nominations, Super Lawyers then researches the results, credentials, and professional history of the nominees. They specifically look for things within the nominee’s profile that indicate peer recognition and legal competence. For example, they may look for specializations, prestigious degrees, previous awards, or professional organization memberships.

The next step, known as the “blue ribbon review,” involves peer evaluation. Nominees who received the highest number of points in the first two steps serve on the blue ribbon panel. Those on the panel rate the best candidates from their individual practice areas on a scale of one to five.
Finally, once the blue ribbon panel completes their ratings, the remaining candidates are grouped by firm size. From there, only those with the highest total points in each category are selected for the Super Lawyers list. After all is said and done, only 5% of all lawyers in the United States make the list. 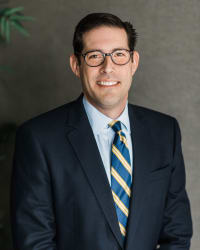 One major component of the Super Lawyers list is past results for clients. Recently, Gladstein Law Firm, PLLC has had some notable successes in medical malpractice cases. For example, Seth recently reached a $1.8 million settlement for a client that underwent an unnecessary surgery. Seth also secured another major settlement in 2014 in a case involving the failure to timely diagnose lung cancer. That case settled for a total of $1.75 million.

These are just a couple of the medical malpractice claims that Gladstein Law Firm, PLLC has fought in the past. In fact, the firm appeared in the Courier-Journal after obtaining a settlement for the children of a woman who died from dehydration while in a Kentucky jail and suffering from a heroin withdrawal. The case led to changes in the way the jail provides medical care and treatment to inmates.

About Gladstein Law Firm, PLLC:
After an early career serving as a medical malpractice defense attorney, Seth Gladstein decided to dedicate his services to those injured by negligent medical providers. In March 2011, he founded Gladstein Law Firm, PLLC in his hometown of Louisville, KY, with the goal of using his defense experience to help those with complex medical malpractice claims. He received his JD from the Chicago-Kent College of Law. In 2022, Seth served as President of the Louisville Bar Association.  He currently serves on the Board of Governors for the Kentucky Justice Association and the Board of Directors of the Louisville Bar Foundation.

If you have questions about a potential medical malpractice claim, give us a call at 502-791-9000 for a free consultation. We’ll review your case and help determine the next best course of action.