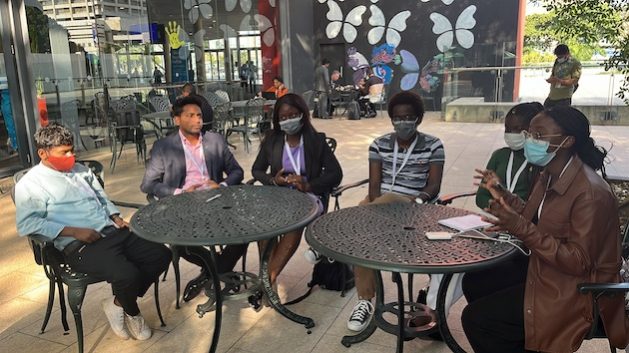 DURBAN, May 20 2022 (IPS) – Governments of the world must focus on providing quality free education and prosecuting corrupt officials and people who siphon state and donor funds as crucial steps towards taking decisive action to fight child labour across the globe.

These were among the diverse opinions of child labour survivors and young activists in reaction to the Durban Call to Action to eradicate the practice at the 5th Global Conference on the Elimination of Child Labour in Durban. Hundreds of delegates, including world leaders in business, trade unions and civil society organisations, attended the conference, which ran in the city from May 15 to 20, 2022. Sessions and panel discussions highlighted topics from agriculture, climate change and global supply chains and how these sectors and issues contribute to child labour.

Speaking during the closing ceremony on Friday, International Organisation of Employers vice president for Africa, Jacqueline Mugo,  highlighted the salient points of the 11-page Durban Call to Action.

The Durban Call to Action aims to:

“It is in our hearts to make this crucial turning point happen. We must not fail the children of the world. This implementation of the Durban call will largely be the work of an African who will take up leadership ILO later this year, so we have no reason to fail. We are deeply committed to work for its full implementation,” Mugo said.

“This conference is breaking new ground. Let us recall that 160 million children are in child labour, half of which are involved in hazardous work that puts their physical and mental health at risk. We must not forget that behind every number there is a girl, there is a boy like any other who wants to learn, who wants to play, who wants to be cared for and to grow up and be able to get a good job as adults. They are denied the most basic rights to protection. It is intolerable and, quite frankly, morally unacceptable,” Houngbo said.

According to the International Labour Organisation’s (ILO) and UNICEF’s latest statistics released in 2020, highlighted at the conference, at least 160 million children are now involved in child labour, a surge of 8.4 million in just four years.

Sierra Leone Labour Congress secretary-general Max Conteh blamed the Covid-19 pandemic for eroding the progress made in the fight against child labour.

“Statistics point to past achievements being fast eroded and child labour being exacerbated, no thanks to the Covid-19 pandemic. This has resulted in large numbers of children dropping out of school and falling into the labour market,” Conteh said.

South Africa’s Minister of Employment and Labour, Thulas Nxesi, called on countries to implement action plans to fulfil the Durban Call to Action.

“The message was very clear, governments must pass the necessary legislation, governments and business (must) accept that we need a structural change of the economy, it must not just be about profits, it must also be about people. That message was very clear. It would be a serious oversight not to earlier in the conference, children delivered the Children’s Call to Action, which highlighted the need for free access to education, social protection, the provision of safe spaces during crises such as pandemics and climate change disasters and the importance of evoking the spirit of “nothing about us without us” to democratically include children in policies and decisions that affect their lives. 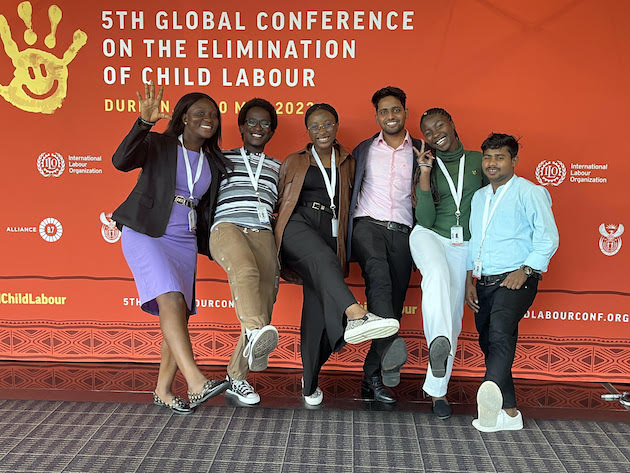 Several child labour survivors and activists who commented on the conference and the Durban Call to Action said the focus on fighting child labour should be on education, eliminating corruption and listening to children’s voices.

Esther Gomani, a student from Malawi, was satisfied that the voice of some 60 children, who represented ten countries, were heard during special children’s sessions, for the first time, at the global conference.

“Before now, they did things without including people (children). People come to conferences, and there is no commitment. They come to enjoy the benefits. Now children’s voices have been amplified (so they will be heard) — nothing about us, without us. We need to be involved in the solutions,” Gomani said.

Rajesh Jatav, a child labour survivor from India, who was rescued by the Kailash Satyarthi Foundation, said governments should focus on providing quality education.

“Education is the key. This is the only message. Look after quality basic education. Governments have lots of money for quality education. But there is corruption. They should use this money on stopping illicit flows,” Jatav said.

“We are child survivors and are educated, we challenge the government and private sector to provide quality education,” Marandi said.

Rebekka Nghilalulwa, a child activist, and representative of 100 million March (Namibia) said the plan needed to be put into action to achieve results.

“I want to see each and everyone’s responsibilities and roles described. The Durban declaration should properly outline implementation. That way next time we will be celebrating and not deliberating on issues. It would be disappointing to include voices just for show. As much as we are young, we have the experience (of child labour),” Nghilalulwa said.