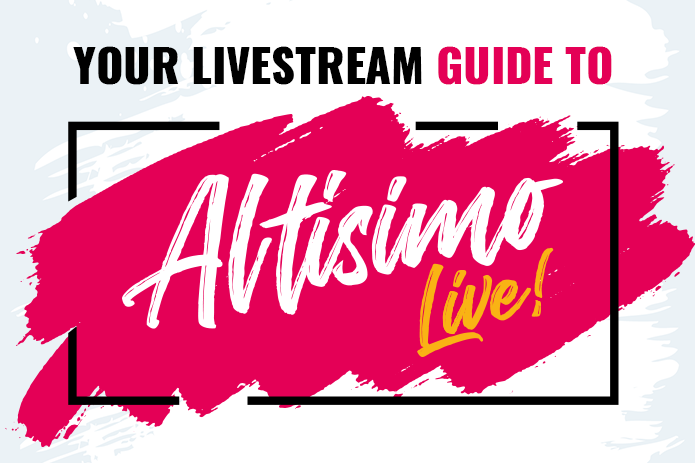 The world of Latin music and entertainment are converging today for Altísimo Live!, an unprecedented online Cinco de Mayo gathering that is devoted to helping America’s farmworkers. Presented by champion level supporter P&G, Altísimo Live! will help raise $3 million – $5 or more at a time – for the Farmworkers’ Pandemic Relief Fund created by Justice for Migrant Women and Hispanics in Philanthropy (HIP).

Altísimo Live starts at 3 p.m. EST / 12 noon PST and will be broadcast FREE on @AltisimoLive’s Facebook and YouTube channels with additional content highlights appearing on the event’s Twitter, Periscope, and Twitch social media platforms. Telemundo Network, PEOPLE en Español, and iHeartLatino network will additionally broadcast all or most of the festival to millions of their fans across their Facebook and YouTube platforms. (Visit their social media channels for their live-streaming schedules).

A Variety and Music Show

Altísimo Live! features an interactive webstream experience that is divided into two parts: a variety show and concert performances. The first half of the festival starts at 12 PM PT / 3 PM ET with engaging experiences that include musical performances, a tailgate car parade to the farmworkers’ fields, virtual meet and greets with celebrities, chefs, social media influencers, and other surprises. The second part of the show takes place from 7 pm to 10 p.m. EST / 4 pm to 7 pm PST and is devoted to musical performances, additional virtual fan meet and greets, and more.

Altísimo Live will also highlight stories from farmworker leaders, as well as messages of gratitude and appreciation from notable individuals, with an overall goal of driving combined action to support the farmworker community.

Subject to last minute changes and celebrities’ own schedules, the streamed event will reach millions around the world digitally, and will include performances and appearances from (in alphabetical order):

Fashion designers Mario De la Torre, Carlos Marrero, and Raul Peñaranda, will also join the event to share how they are using their talent and unique designs in support of the pandemic. Some of their special edition farmworker-inspired designs will be available for purchase in support of the fund.

The livestream event aims to raise funds that will be distributed to 25 farmworker-serving organizations across the U.S. and Puerto Rico.

Even though the bilingual online benefit is free, the festival features a call to action for viewers to give cinco this cinco (#CincoOnCinco), with a $5 or more donation online or via text by texting CINCO to 91999. Supporters, corporations, and philanthropists are urged to pledge whatever amount they can ahead of or during the festival at the fund’s link, which is Farmworkers.hipgive.org to help meet the fund’s goal.

In a show of solidarity, even the high-profile global generosity movement, Giving Tuesday (#GivingTuesdayNow), is making Altísimo Live! one of the special causes they have designated for donors today on Cinco de Mayo.

All funds raised by the event are tax-deductible and will be managed by a 501(c)(3) in support of the Farmworkers’ Pandemic Relief Fund effort.

The champion level sponsor of the festival is Pepsi. Other major corporate supporters include WW; Chispa, the largest dating app for US Latinos; Moishe Mana and Mana Wynwood.

For additional questions, please visit the FAQs section of our website here.