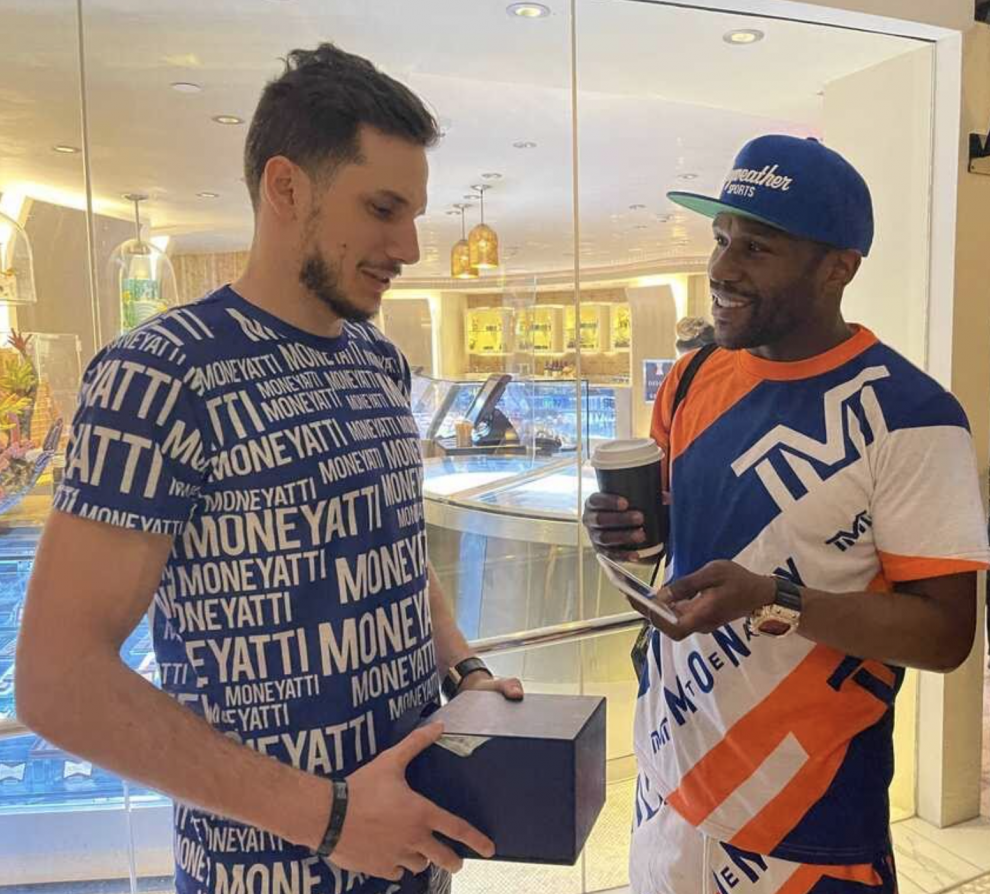 Legendary boxing champion received the 2008 Topps Chrome card for his 44th birthday from the customized sports apparel company, plans to have it autographed by Lebron 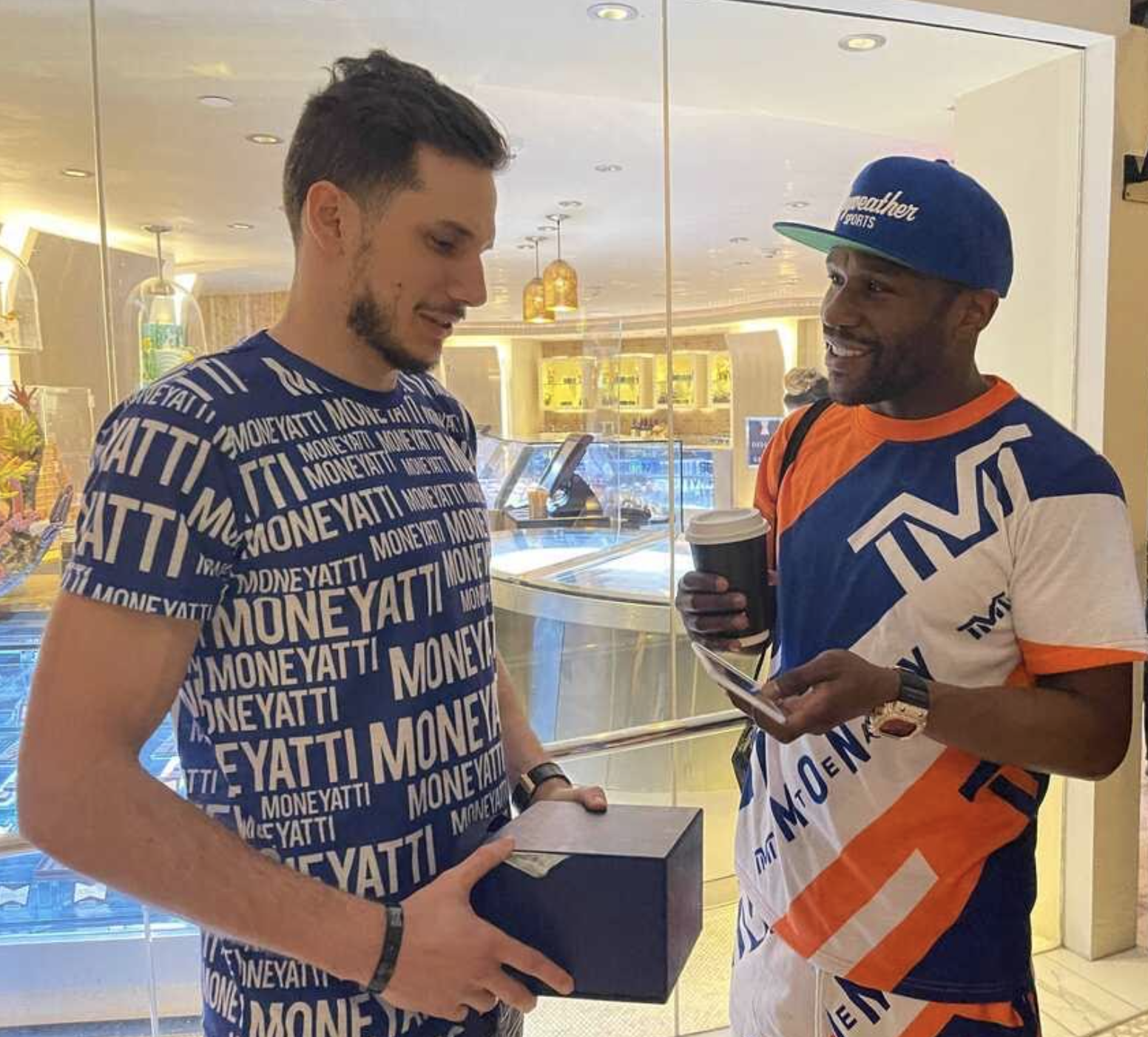 Not only did the week-long bash in South Florida include a VIP list that featured hip-hop icons Rick Ross, N.O.R.E., Jadakiss, Busta Rhymes and several others, but “Floyd’s Futuristic 44th Birthday Extravaganza” will also be remembered for its birthday gift reveal thanks to a rare and valuable basketball card that Mayweather received from customized sports apparel company, Wooter.

Wooter CEO and Founder, Alex Aleksandrovski, presented Floyd with a 2008 Topps Chrome Kobe Bryant and LeBron James card, a coveted basketball card by collectors that is valued at $15,000 and received a PSA 10 grade rating.

“I thank you…I appreciate you!,” said a shocked Mayweather, who said he plans to have the card signed by LeBron James.

This marks the third occasion that Wooter has presented Mayweather with a memorable birthday gift, which has previously included customized apparel made exclusively by Wooter for “the champ”. Last February for Mayweather’s 43rd birthday bash at Drai’s Nightclub in Las Vegas prior to the Tyson Fury and Deontay Wilder fight, “Money” donned a custom-made red, white, and blue leather bomber jacket from Wooter Apparel complete with Floyd’s 50-0 boxing record. Mayweather received the customized jacket at the Boom Cups Celebrity and Charity basketball game benefitting D-Up On Cancer that was hosted over Super Bowl 54 weekend in Miami.

A notorious collector of boxing memorabilia, lavish cars, expensive watches, and money (part of Mayweather’s collection includes a $500 bill, with William McKinley, the 25th president, on it that is valued at $10,000), Floyd can now add another valuable to his collection as the new owner of the 2008 Topps Chrome Kobe and LeBron basketball card gifted by the “Wooter Boys”.

“I know he’s into collectibles. I hope this expands his collection,” said Aleksandrovski.

“We’ve got two goat’s (greatest of all time) on one card and we’re giving it to another goat in Floyd Mayweather.”