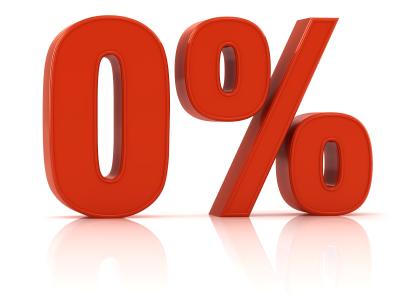 In recent years, governments around the world have been forced to deal with economic instability. In the face of economic downturn, well developed countries have turned to lowering the federal bank’s interest rate to nearly 0%. The idea is to spur low cost spending or investment by businesses in order to jumpstart the economy and return to a positive GDP.

Why Does the USA have a Zero Interest Rate Policy?

The pandemic has caused unprecedented economic destruction. Businesses of all sizes have experienced hardship dealing with the reduced activity. In order to combat what was expected to be an unprecedented reduction in business activity in quarter two, the chairman of the federal reserve, Jerome Powell, announced on April 29th that the interest rate will be reduced to nearly zero percent. Action was certainly necessary; current estimates for quarter two place the GDP at approximately -45.5%. This type of drop is large and unusual even in a financial recession. As of June 10, Powell announced that the interest rate will likely remain at zero percent through 2022.

Chairman Powell has stated that just lowering the interest rate will not prevent further economic downturn due to businesses closing or social distancing precautions. Because of the severity of the issue being faced, the Federal reserve has taken unprecedented actions to assist the recovery of the economy as a whole. Actions taken include direct fiscal assistance to many businesses through the CARES act, paycheck protection program, or the purchasing of treasury and mortgage backed securities. Recently, as of June 8th, the restrictions on the payroll protection program have been relaxed allowing many businesses that were ineligible but needed assistance to apply. The reforms to the payment protection program also allow for greater flexibility in repayment terms and dates. This is intended to ease the burden of repayment and encourage more businesses to consider the program as an alternative to closing their doors.

Who Does it Help?

For most people, the difference in their interest rates on credit cards, mortgages and auto loans won’t be altered by a noticeable degree. Interest on the majority of loans should decrease by 0.25% to 1%. Although the difference isn’t going to be life altering for the majority of people it still may be effective at spurring spending on a large scale by big business.

The intention of these actions is to assist economic recovery from slow or negative growth especially in the wake of a financial crisis. This has been seen in countries like Japan, the United Kingdom and the United States. Although the policy can be useful, there are some risks associated with zero interest rate policies.

With any problem, there are always actions that can be taken to address the issue. Liquidity traps can be dealt with by increasing the interest rates, allowing prices to fall so low that consumers naturally purchase products or by directly injecting cash into the economy. Currently, the United States has been pairing low interest rates with direct monetary assistance, the purchasing of large sums of bonds. The rates are set near zero percent for the duration of the year with direct fiscal injections lasting for the foreseeable future. The Fed aims to avoid a liquidity trap by preemptively injecting cash into the market.

In an unprecedented time, unprecedented actions are taken. The governments of countries are not always sure how people will react to actions taken and not all actions will be effective. It is important to stay informed, especially in times of turmoil. The wish of everyone involved is a speedy and healthy recovery. Unfortunately, recovery is not guaranteed. Everyone should pay attention to the actions taken to reinvigorate the economy, soon they may directly impact you.