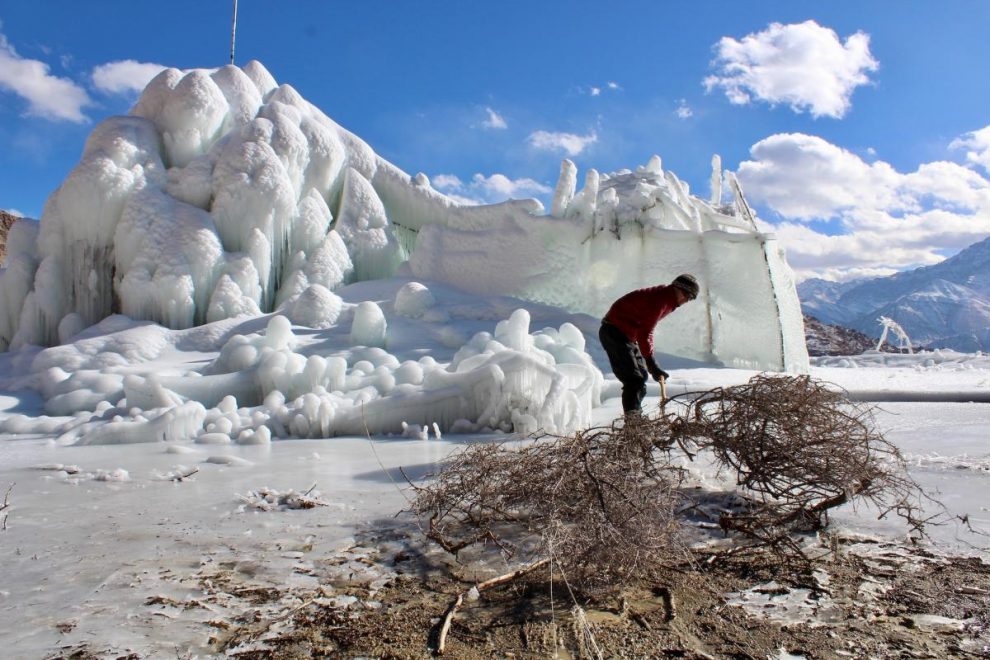 There has been exponential increase in the footfall of tourists in Ladakh in the last one decade thereby affecting the climate in this Himalayan region. More than 300,000 tourists, both domestic and foreigner, visited Ladakh last year. The adverse impact of tourism is palpable in the form of receding glaciers. The construction of new hotels and guest houses using cement and concrete and the use of flush toilets in hotels and households instead of traditional dry compost toilets has led to the increase in pollution and shortage of water.

There has been an exponential rise in the construction of new hotels and guest houses,» informs Stanzin Gyatso, director of a well-known travel agency in Ladakh . If necessary measures are not taken to limit global warming to its upper safe limit of 1.5 degree Celsius then a third of glaciers are expected to melt by the year 2,100. Sonam Wangchuk, a mechanical engineer from Ladakh, cites pollution from vehicles as one of the primary reasons for the melting of glaciers. «Glaciers in Ladakh are melting not just because of global warming but also due to pollution from vehicles, especially the diesel ones.

As per the data available with the Assistant Regional Transport Officer , there are more than 5,000 registered commercial vehicles in Ladakh. Majority of the tourists prefer to travel to Ladakh between May and September and they cover an average distance of 800 km in a car visiting monasteries, lakes and valleys as part of their tour packages in Ladakh. « When I heard about the concept of carpooling such as BlaBlaCar and UberPool , I immediately knew that this was the solution for tourists visiting Ladakh». The carpooling platform was launched in 2019 as a shared taxi booking platform that offers choices to tourists to cover the main places of attraction in Ladakh.

We try to encourage tourists to do carpooling and share taxis while visiting Ladakh to reduce the number of empty seats in cars. This will lower the price of their trip as well as the pollution,» says Padma. The Leh-Ladakh Taxi Union is doing its bit to save the Himalayan glaciers. The union is planning to increase the average number of passengers per vehicle from 2.3 to 3.5 for 2020 so as to reduce the number of cars and cut down the pollution from taxis by 35%.