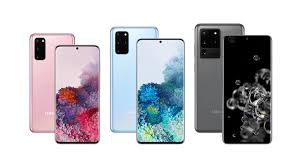 Samsung is one of the top brands when it comes to mobile phones as it should be since they cater to all types of smartphone users. They have been churning out different models over the years, where there were hits and misses, but they remain as one of the most loved brands of today.

If you are an Android user, you probably owned one yourself, or are looking for a new smartphone to replace the old one. That said, how will you know which one to get when Samsung has a long list of options to consider?

Factors to Consider when Shopping for a Smartphone

Investing in a new smartphone requires a thorough understanding of what you need in this gadget. Just to give you an idea on what to look for in your next mobile phone hunting, you might want to consider these factors first.

Going back to Samsung’s wide array of stylish and functional mobile phones, you can use the factors above to narrow down your choices. Another way to narrow down your selection is to consider what Samsung series you are going for. For those who are thinking of investing in a powerful, versatile, and gorgeous smartphone, the S series is the best place to start. Take note, that the S series is the more expensive line but it does offer good value for their retail price. As a matter of fact, here are the top 5 Samsung S series that you should consider. 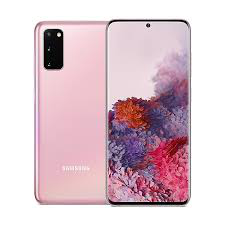 This is probably the most coveted Samsung

S series this year and for good reason. It is a compact version of its bigger sibling which is the S20 Ultra with an impressive camera set up that delivers sharp and detailed photos although not in the same league as the Ultra. Still, it makes for a versatile mobile device at less than a thousand pounds. It runs on the latest Android 10 OS, has a 6.2-inch screen, and a 4,000mAh battery to its name.

The S20’s small-sized battery may have lessened this device’s performance given that this is one of the latest models of today, but it does give decent hours of usage. It is also 5G ready which is important if you want a smartphone that can support this new network. Additionally, the camera specs on this unit are impressive already, especially its telephoto lens at 64MP. If you are not yet ready to part with more than a thousand pounds for the S20 Ultra, this is a reasonable model that will make multitasking a breeze. 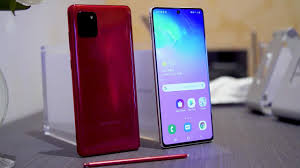 The S10 Lite doesn’t really feel like it belongs to the S10 series because of its delay in release making it more in the line of the S20. It does have the same build as the S20, but regardless of the name that it has, it does stand out because of its powerful specs. It has a decent-sized screen measuring at 6.7 inches and comes with the latest OS too which means that you will get a fast-performing smartphone in your hands.

You will find familiar features here from the S10 but it has been dampened down a bit to make this unit more affordable. There are a few tweaks to it such as the camera specs being given a boost and for less than $700, this is a good buy already. It is worth mentioning the S10 Lite does have a bigger battery compared to the S20, so if you are looking for a phone that comes with longer battery life, this is a good option to consider. 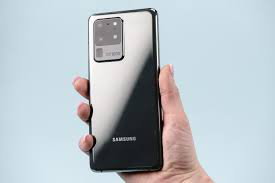 If you want the biggest and most powerful smartphone in Samsung’s lineup, then it would be the S20 Ultra. With a whopping 6.9 inch display, Android 10 OS combined with One UI 2.5, and the latest Snapdragon chipset, you can’t go wrong with this latest flagship from this Korean tech company. It is a pricey option, but you will get a faster refresh rate at 120Hz, impressive 50x zoom, and the responsive S Pen just to name a few.

Samsung has also equipped it with a massive 5,000mAh battery which is only fair given that this is where they have put all the impressive features that they can think of. The camera protrusion at the back maybe it’s the only flaw, but once you get the hang of it, you will be getting all that creative juices flowing. This latest model is ideal for those who want to go all out with their Samsung purchase since this unit is guaranteed to last you for years. 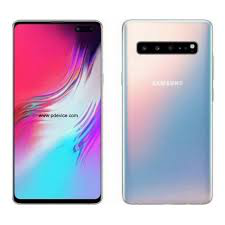 This S series model certainly raised the bar for the rest of the Android phones out there, especially with its Infinity-O 6.4-inch screen. Using this device will make you feel immersed in the video or game that you are playing since there are no notches or even bezels to obscure your screen. It is powered by Snapdragon 855 chipset which means that it can compete with all smartphones released alongside it.

Samsung has equipped it with a telephoto as well as ultrawide lenses at the rear which means that all photos and videos that you will be taking will be better than before. However, taking night shots is not that great, but it does make up for it with the Scene Optimizer. This lets you configure your camera’s set up depending on what photo you will be taking. The good news is that since the latest flagship is up for grabs, the price of the S10 Plus has gone down making it more affordable compared to when it was first released. 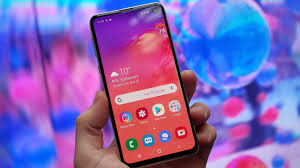 Another affordable option that you should consider for the S series is the Galaxy S10 e. This is cheaper compared to the S10 and has a more compact body too with a screen size at 5.8 inches. Samsung did remove a few features here to bring its price down somewhat, but there are still plenty of interesting highlights that will give value to your money.

For starters, it is still equipped with the Snapdragon 855 chip combined with Android 9 and One UI. You will get an AMOLED screen here which makes the display come to life with its vibrant colors and sharp details. However, if you are expecting a three-camera setup, you will be disappointed as Samsung had to remove the third one to make it more affordable. Also, the fingerprint sensor is removed. On a good note, it’s more compact size makes it easier to hold on to with just one hand. You will find that its price has dropped further with the newer models up for grabs so this might be a good option to look into if you are on a budget.

Which One to Get?

Now that you have an idea on the top 5 Galaxy S series, you are probably thinking about which one to get. If you want the latest model but cannot splurge on it too much, then your best bet would be the Galaxy S20. Although it is a lesser model compared to its bigger sibling, which is the S20 Ultra, it does offer powerful performance and an impressive camera setup that makes it a highly versatile gadget to have.

But if you have a budget in mind, you can take a look at cheap refurbished Samsung phones from QwikFone. Refurbished mobile phones that are sold here work like new but priced cheaply to make it affordable to everyone. This means that if you want to get any of the S series mentioned above, but want to have more savings, then choosing a professionally refurbished Samsung smartphone is the best course to take, especially when you will get it from UK’s leading online retailer for refurbished mobile phones.