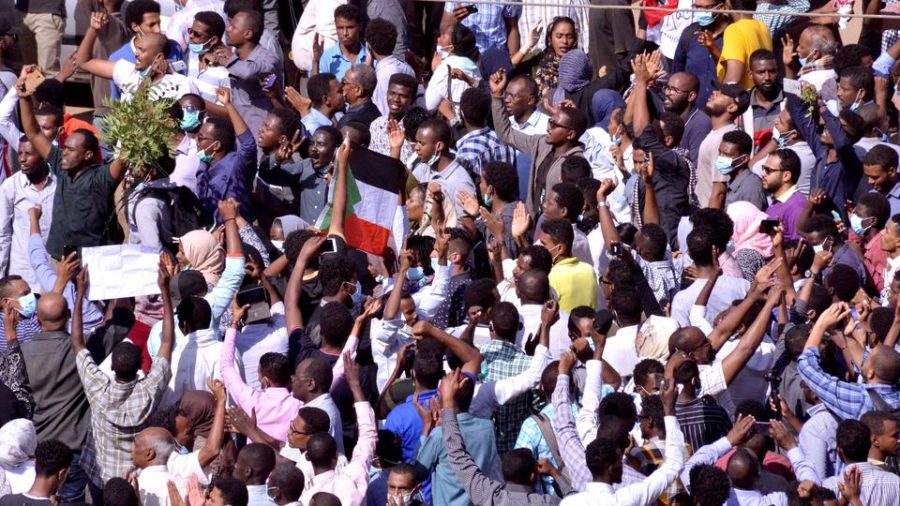 A wave of demonstrations against the regime of Omar al Bashir has shaken Sudan for more than a month and does not seem to decrease in intensity. The protests, harshly suppressed by the forces of order, began after a decree that raised the price of bread, but from the first days, the protesters also demanded the resignation of the president, in power for 30 years.

The government recognizes at least 30 deaths, two of them policemen, 381 people arrested, 118 buildings burned or damaged and 194 vehicles destroyed. Opposition movements, however, raise the death toll to more than 45. On December 18, after several weeks of a shortage of bread, the Government announced by decree a sharp increase in the price of this basic product, which went from one to three Sudanese pounds (6 cents).

The next day, the first protests broke out in the coastal city of Port Sudan and Atbara, extending within a few hours to Omdurman and Khartoum, the capital, and to other localities in the country such as Al-Gadaref (east) and Dongola (north), where protesters burned the headquarters of Al Bashir’s party. Only in the first 24 hours, there were already eight dead, many of the students who joined the marches.

Far from being extinguished, the revolts have gone further and have even reached the punished region of Darfur, where a long conflict has caused more than 300,000 deaths and 2.4 million displaced. Sudan is experiencing a deep economic crisis that has become evident with the scarcity of basic necessities.

The image of citizens making long lines to get bread or gasoline is frequent in the country, which in 2011 was without three-quarters of its oil reserves after the independence of South Sudan. The economic mismanagement of the country has caused inflation of 70% and that goes from exporting agricultural products to suffer a heavy dependence on the outside.

Already in 2013, as a consequence of the impulse of the so-called Arab spring, there was an important series of demonstrations that demanded the fall of the regime and led above all by student movements. However, at the head of the protests last month, the Association of Sudanese Professionals, made up of doctors, engineers, professors or mechanics, has been joined by the persecuted opposition groups gathered in the National Forces of Consensus and around to the historic Al-Oumma party of Salek Al-Mahdi, who has condemned government repression.

While the demonstrations were gaining in intensity, the Government increased the repression by decreeing a curfew in the affected cities and deploying the Army and the police, until the point that Al Bashir himself went publicly to ask the agents for moderate use of force. Despite this, the Association of Professional Sudanese announced on Monday that the protests would continue “even if we have to endure years,” according to a statement posted on social networks.

Al Bashir, accused of war crimes and crimes against humanity by the International Criminal court due to the conflict in Darfur and against whom there are two arrest warrants, it is defended by blaming the economic problems on the sanctions imposed by the United States and its inclusion in the blacklist of countries that support terrorism.

The European Union has called on the authorities to release the detained protesters in an “arbitrary” manner, while countries such as the United Kingdom, Norway, Canada and the United States have expressed their concern and warned that the use of violence against the population will have an impact on their relations with Sudan.

In recent years, the dictatorial regime of Al Bashir, which counts as allies with countries such as Russia, China or Syria, has sent conciliatory messages to the international community, but its intention to return to the 2020 elections for a new disgruntled mandate in the western chancelleries. Since the protests began, the Sudanese president has visited Qatar and Egypt.

The opposition groups have drawn up a four-year transition plan that begins with the departure of Al Bashir and the launching of a government of national unity with the aim of reconciliation and the signing of peace with the various groups armed who face the Al Bashir regime. This transition must lead to a reform of the Constitution and the holding of free and transparent elections. However, the regime endures popular pressure clinging to one of its basic pillars, the Armed Forces, which, even in the last years of economic crisis, have benefited from significant public investments.