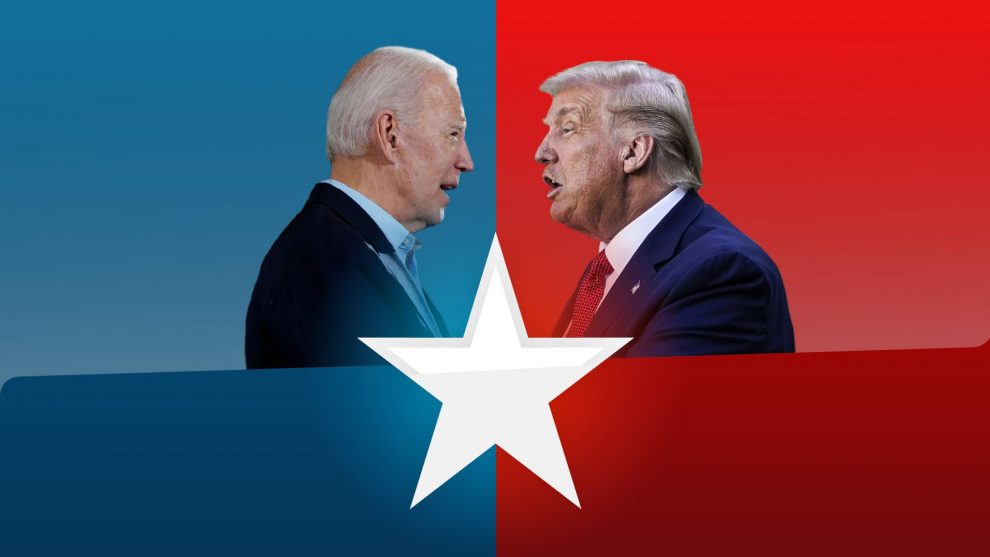 It has pushed the campaign trail off its traditional footpath around the country and thrust it instead onto a virtual course that’s never been tried or tested before, in quite such a manner. Party conventions are in jeopardy, campaigning is on hold and Democratic frontrunner Joe Biden along with Democratic outsider Bernie Sanders are out of media sight, relegated to the side-lines like backup players sat on a bench, watching the chillingly dramatic scenes play out on television along with the rest of the nation. The 11th Democratic debate between Biden and Sanders has moved to CNN’s DC bureau a few weeks ago, where it was held behind closed doors and without a live audience because the risk of infection to all concerned was so overwhelming. Since then Biden and Sanders are having to come to grips with a campaign battlefield relocated to the internet.

Officially, at this point in time, only three candidates – president Donald Trump and two Democratic hopefuls, former vice president Joe Biden and Senator Bernie Sanders, – are known to be in the presidential race. Now, as alluded to earlier, there’s been no throwing down of the gauntlet by any of the four candidates to date.

Circumstance rather than design has inveigled Cuomo into the market for the 2020 race, not to mention the constant media attention on the governor brought on as a consequence of New York becoming the epicenter of the coronavirus outbreak in the country. ” However, make no mistake about it, the 62-year-old governor of New York has stepped up to the plate, embracing his new-fangled role as a ‘wartime” leader. A role that Donald Trump as the incumbent president equally embraces from Washington. Indeed, airtime appears to be divided between Trump and Cuomo almost exclusively, their respective briefings televised nationally.

In Cuomo’s case, it’s showcased his leadership qualities to the nation and by that same token advances his White House potential. The Democratic presidential nomination isn’t decided. Granted Biden, with the large delegate lead over Sanders, is seen as the prohibitive front-runner in political betting markets, but the pair of geriatric nominee hopefuls have gone to ground, rendered largely ineffective by the public health crisis. Sensing an opportunity, perhaps, Andrew Cuomo has swooped into the resulting political vacuum, giving America a preview of what his leadership might look like.

And just like that, he may have just altered the Democratic landscape. It’s not official and a lot would have to happen in order for the Democratic nomination to veer so unexpectedly off course, and away from both Biden and Sanders, but it’s not out of the question.