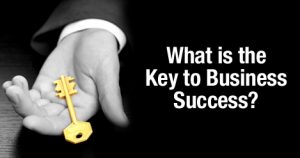 Some successful entrepreneurs have even quit well-paying jobs to pursue their business visions. Aggressive British businessman and investor, Richard Alden,did not build his successful career by playing it safe. When running the telecom company ONO from scratch, he had to invest lots of money and time to create a network and make strategic acquisitions in a market that already had top international players.

What is a calculated risk?

A calculated risk is a significant business move thatyou have carefully analyzed and found that it has the potential to become very successful while also carrying some risk of loss or failure.

Create a plan of action

After you have set your goals, you have to craft a plan to achieve them. Let’s say you want to launch a product in an already competitive market. First, you need to conduct market research to determine how many people would be interested in your product. Secondly, identify your unique value proposition which differentiates you from other better players in the market.

Once you decide that the idea can be profitable, take action while considering the research data you gathered. A risk well taken can increase your market competitiveness and help you scale fast in business.