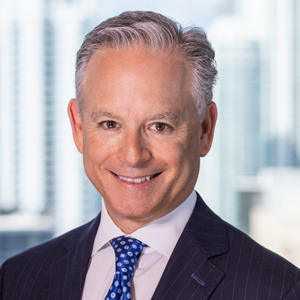 The Daily Business Review (DBR) has named Stuart Ratzan to the inaugural list of Florida Trailblazers. The DBR recognizes movers and shakers in the legal industry who have made an impact in their sector through innovative strategies.

Stuart Ratzan’s extensive experience in handling catastrophic personal injury, product liability, and medical malpractice cases throughout the United States, and successfully obtaining multiple multi-million dollar judgments and settlements on behalf of his clients and their families, have earned him the highest recognition by his peers and the most respected national legal publications.

“The most rewarding aspect of working as a plaintiff’s trial attorney is helping people. By this I mean not only helping our clients, but also helping the community where the incident happened,” said Stuart Ratzan. “When a wrongdoer is held to account for his or her misdeeds, it means that the jury has enforced the safety rules. And when that happens, we can all rest a little easier knowing that the rules matter and that safety is the norm not the exception.” Ratzan added.

On at least five separate occasions, Mr. Ratzan earned a place amongst The Top 100 Verdicts in America for his role in securing justice and enforcing safety on behalf of his clients and the communities in which they reside. In 2017, Mr. Ratzan led the trial team in securing a $46.5 million medical malpractice verdict – the largest ever in the State of Arkansas – for a three-year-old child who suffered brain damage after she was left untreated for jaundice as a newborn; and also led the way in a $45 million verdict involving the death of a medical student following a late-night crash at an Interstate 75 construction site in Pembroke Pines, Florida. By first gathering evidence, and then through his application of top flight courtroom advocacy, in each case Stuart Ratzan restored balance in the lives of those he made financially whole and the communities they live in safer.

Ratzan, Weissman & Boldt is a boutique trial practice dedicated to building and retaining a safe society through diligent and sophisticated advocacy in catastrophic injury, medical malpractice, product liability and commercial cases. The firm’s attorneys champion cases against powerful interests to hold insurance companies, hospitals, manufacturers, doctors and corporations accountable for the harm they cause others. For additional information, call (305) 374-6366 or visit https://rwblawyers.com/. Connect via Facebook, Twitter, and Instagram.