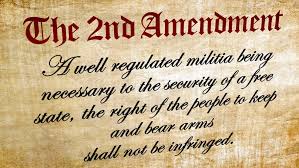 Said Sibley: “Of course Steuben County must follow the law as written and deny my request.  I am challenging that denial by Steuben County on the grounds that Albany has created a secret, extrajudicial, Red Flag system to deny New Yorkers the right to possess handguns in their homes as secured by the Second Amendment. That system secrets pistol permit applications and determinations from public view.  By hiding the “why” of who is getting — and who is not getting pistol permits — Albany can and is treating persons seeking a pistol permit who are similarly situated differently.  That allows for the arbitrary and discriminatory granting of pistol permits and thus violates Equal Protection guarantees.”

Background on the lawsuits and Montgomery Blair Sibley can be found on his blog: Amo Probos.