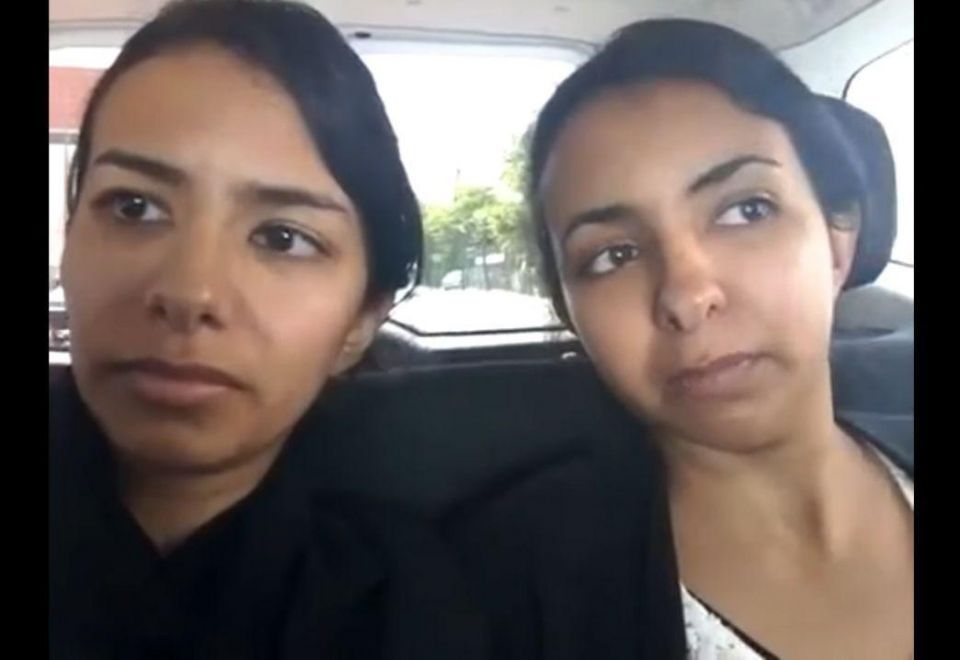 The slow progress of the situation of women in Saudi Arabia was again highlighted in the last days of 2017 when the case of two sisters of that nationality at risk of imminent extradition from Turkey, where they sought refuge from family mistreatment. The Turkish Constitutional Court has rejected the request for protection of one of them and must rule on its appeal in the coming days. Human Rights Watch (HRW) fears for their personal integrity if they are returned to their country. Ashwaq and Areej Hamoud, aged 30 and 28 respectively, have reported that they left Saudi Arabia last February to escape the abuse they suffered in their family. According to his account in a series of videos broadcast by a Saudi activist exiled in Europe, women were often beaten and even locked without food in their room for not complying with family demands. They say they have threatened to kill them as soon as they return. HRW, who has followed the case, gives credibility to their complaints. "If Turkey deported these women, the consequences can be atrocious. The Saudis suffer systematic discrimination on a daily basis, and the case of the Hamoud sisters proves that those who flee face the real risk of being returned to families that mistreat them, " said Sarah Leah Whitson, director of the Middle East for HRW. Ashwaq and Areej put their hopes in New Zealand, where they intended to arrive from Abu Dhabi, in the neighboring United Arab Emirates. They had a connection through Hong Kong, where they were intercepted. "Immigration officers from New Zealand denied them boarding," his lawyer, Serdarhan Topo, told EL PAÍS. They apparently suspected that they were trying to seek asylum. Unable to continue the trip, they flew to Istanbul, where they arrived on 8 February, according to Topo, and decided to stay instead of returning to Saudi Arabia. Turkey allows the Saudis to obtain a visa for up to three months online. At the end of that period in May, they tried to obtain a residence permit. It was then when the police stopped them, as they told in the videos they recorded, and finally confiscated the phones. The father of the women reportedly learned of his presence in Turkey and told authorities that he believed his daughters were trying to travel to Syria to join a jihadist group. According to HRW, the sisters deny that accusation and their lawyer has seen the boarding passes proving that his initial intention was to go to New Zealand, via Hong Kong from Abu Dhabi. "The Turkish authorities have not begun to know of any criminal investigation of women in relation to their father's accusations," says HRW. "Saudi women who escape from their family or from the country face so-called honor violence or other serious harm if they are forced to return against their will," recalls Whitson. It is not just about the supposedly tainted honor of their relatives. From the legal point of view, he also faces possible criminalization for "disobedience to the father", a crime that does not take into consideration his coming of age. They may even be accused of "damaging the reputation of the kingdom" because of their public requests for help. In fact, there are precedents. Last May, Dina Ali 24, was returned to Saudi Arabia against her will after being intercepted in the Philippines on her way to Australia and there is no news of her whereabouts. Mariam al Otaibi, 29, spent three months in jail for leaving for Riyadh from Qasim, where her family mistreated her. The lawyer of the Hamoud sisters has tried to avoid his repatriation. First, he submitted a request to the Istanbul Administrative Court to stop the deportation process, but it was rejected. Then he appealed to the Constitutional Court to prevent sudden extradition. When in mid-December, the High Court rejected Ashwaq petition, Topo filed another appeal. "They are well and healthy. The Turkish authorities provide them with food, health care, clothing and Turkish classes, "Topo says in a mail exchange after his last visit. The lawyer avoids, however, speculating on the margin of time he has until the execution of the extradition order or entering into legal details about the case. Over the past year, Saudi Arabia has announced some reforms, including the end of the ban on women driving , or a relaxation in the demands of clothing (the Riyadh General Court has withdrawn the requirement that women cover the face when they enter the venue and in recent world chess the players were not allowed to cover themselves with the abaya ). However, you have not canceled the guardianship system which reduces women to eternal minors by requiring them to have permission from their father, husband or another male member of the family to marry, study, work, travel abroad and even some medical treatments. What is more serious, without the approval of the guardian, cannot be released from prison even after serving a sentence.