An international collaboration between the Weizmann Institute, UC San Diego, and Micronoma provides the most comprehensive characterization of fungi in cancer to date, discovering synergistic interactions with bacteria and furthering the role of mycobiome as an integral part of microbiome biomarkers for early cancer detection.

SAN DIEGO, September 29, 2022. In the largest analysis of its kind, Pan-cancer analyses reveal cancer type-specific fungal ecologies and bacteriome, published in the September 29 issue of Cell, an international collaboration between the Weizmann Institute of Science, University of California San Diego, and Micronoma has systematically profiled fungal communities—the mycobiome—in 35 types of cancer. 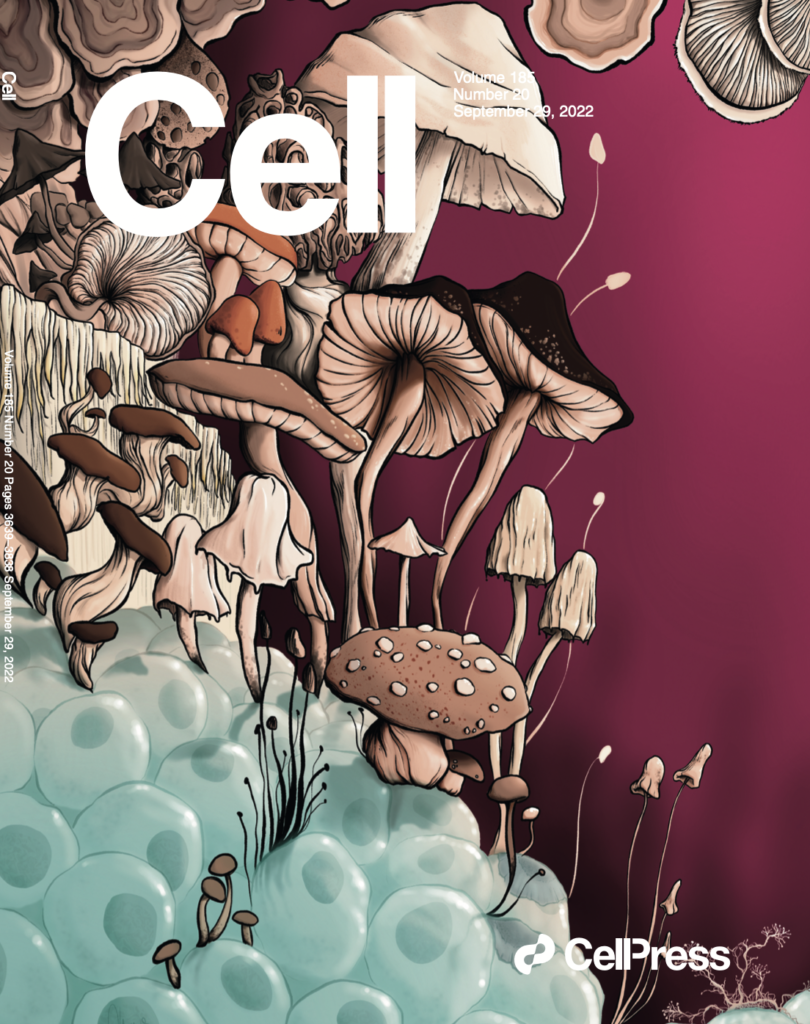 The study was led by the first co-authors, Lian Narunsky-Haziza, Gregory Sepich-Poore, and Ilana Livyatan, with many other collaborators from Israel and the U.S. Drawing from more than 17,000 tissue and blood samples among four independent cohorts, with hundreds of contamination controls, the effort comprehensively shows the ubiquitous existence and cancer type-specificity of the mycobiome. The findings are a significant advance with profound implications for early-stage cancer detection.

Outside the laboratory, microorganisms almost never exist in isolation. In fact, the study of microbes on and within the human body, known as the microbiome, has revealed ecosystems teeming with bacteria, viruses, archaea, and fungi that cohesively work together to aid digestion, build immunity, and even shape our behaviors.

From the standpoint of cancer, however, the presence and role of microbes in tumors was mostly ignored until recently. Indeed, knowledge was significantly advanced by two recent papers that characterized microbes among more than 30 cancer types (Poore et al., 2020. Nature, Nejman et al., 2020. Science), yet, no study had focused so deeply on a major player: fungi.

“The existence of fungi in most human cancers is both a surprise and to be expected,” said Rob Knight, Ph.D., professor of Bioengineering, Pediatrics and Computer Science and Engineering at UC San Diego, Wolfe Family Endowed Chair in Microbiome Research at Rady Children’s Hospital-San Diego, and co-founder of Micronoma. “It is surprising because we don’t know how fungi could get into tumors throughout the body. But it is also expected, because it fits the pattern of healthy microbiome throughout the body, including the gut, mouth, and skin, where bacteria and fungi interact as part of a complex community.”

Although the existence of live, often intracellular microbes within the tumors of most cancer types has been documented in the past five years, attention has been heavily focused on detailing bacteria without characterizing what other kinds of microbes are present, like fungi.

The study explains the complexities of analyzing fungi caused by the fact that, despite their ubiquity, cancer-associated fungi usually have extremely low abundances. While that limitation made the project a challenge, the fruitful international collaboration of the laboratories of Ravid Straussman and Yitzhak Pilpel at the Weizmann Institute of Science, Knight, and Sepich-Poore, now chief analytic officer at Micronoma, was uniquely positioned to carry out the work of systematically analyzing publicly available cohorts as well as their own patient samples.

“The finding that fungi are commonly present in human tumors should drive us to better explore their potential effects and re-examine almost everything we know about cancer through a ‘microbiome lens.’ I believe that this novel perspective would help us to better understand cancer, and consequently to better treat it,” emphasized Straussman.

“These findings validate the view that the microbiome in its entirety is a key component of cancer biology and may present significant translational opportunities, not only in cancer detection, but also in other biotech applications related to drug development, cancer evolution, minimal residual disease, relapse, and companion diagnostics,” added Sepich-Poore.

Micronoma is the first cancer-detection company utilizing signals from some of the most ancient matter in the world, microbial nucleic acids, to empower clinicians to diagnose cancer at an early stage with minimally invasive, microbiome-driven liquid biopsy technology. Micronoma was founded in 2019 by leaders in microbiome research with the goal of revolutionizing and advancing the practice of early cancer diagnostics and personalized treatment through sensitive microbiome techniques, ensuring that patients’ needs are identified and addressed by their clinicians at the earliest stage for a better chance to live longer, healthier lives. The company is headquartered in San Diego, California. To learn more about Micronoma, go to micronoma.com.

About Weizmann Institute of Science

The Weizmann Institute of Science in Rehovot, Israel, is one of the world’s top-ranking multidisciplinary research institutions. The Institute’s 3,800-strong scientific community engages in research addressing crucial problems in medicine and health, energy, technology, agriculture, and the environment. Outstanding young scientists from around the world pursue advanced degrees at the Weizmann Institute’s Feinberg Graduate School. The discoveries and theories of Weizmann Institute scientists have had a major impact on the wider scientific community, as well as on the quality of life of millions of people worldwide.