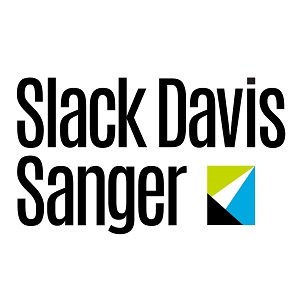 Nine people aboard a chartered private jet bound for Miami died Wednesday when the plane crashed shortly after takeoff in the Dominican Republic. The plane reportedly was attempting an emergency landing at the International Airport of the Americas in Santo Domingo.

The plane, a Gulfstream IV-SP operated by Helidosa Aviation Group, was flown, and reported doing repetitive “touch-and-go” landings in the days before the crash. Investigators will likely look into why the aircraft had been doing repetitive takeoffs and landings, which can be suggestive of maintenance issues or pilot training and proficiency concerns.

Slack Davis Sanger aviation attorney Ladd Sanger of Dallas has previously litigated cases against Helidosa. “Helidosa has a history of putting pressure on pilots to perform flights resulting in insufficient rest for the pilots, and also omitting critical aircraft maintenance,” Sanger said. In prior litigation, Sanger said, Helidosa was shown to not always comply with maintenance programs prescribed by the aircraft manufacturer.

“With a sophisticated aircraft like the Gulfstream IV, it is imperative to have properly trained mechanics adhering to the Gulfstream maintenance manuals and inspection programs,” said Sanger.

Seven passengers and two crew members died in the accident at Las Americas Airport in Santo Domingo. Among the victims were Puerto Rican music producer Jose A. Hernandez, better known as “Flow La Movie,” and his wife and child.

Slack Davis Sanger has handled charter and business aircraft accident litigation for more than 25 years. Senior attorneys Sanger and Mike Slack are both experienced private pilots and are deeply familiar with charter aircraft operations in the U.S. and other countries. Sanger has litigated multiple cases in the Dominican Republic including a Helidosa operated Robinson R-44, a Dominican Air Force operated T-34, and representing passengers on American Airlines Flight 587.

Slack Davis Sanger has extensive experience in litigation involving aircraft crashes outside the United States or affecting accident victims and survivors that are citizens of other countries. Slack Davis Sanger represented the families of 24 victims of the tragic American Airlines Flight 587 crash in New York. The November 12, 2001, crash killed all 260 passengers and crew aboard the Airbus A300 jetliner bound for Santo Domingo.