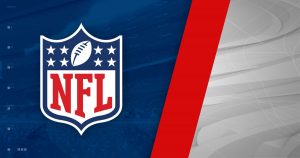 The NFL Draft will be held in Paradis, Nevada on April 23rd through the 25th, marking the 85th iteration of the draft. The Miami Dolphins are loaded up with picks, patiently waiting for their chance to rebuild their team with 13 draft picks. But it’s the Cincinnati Bengals who get to go first overall. The Tennessee Titans, New Orleans Saints, and Kansas City Chiefs all have just 5 picks each, owing to other teams in the league a portion of their 2020 picks.

The books now show Joe Burrow as the most likely player to go No. 1 overall, remember to check your options before placing a wager on the Draft.

So, many people are predicting that he could go to the Carolina Panthers as they could use some help on defense, particularly in secondary. I just don’t see Carolina as a landing spot for Jackson. He will go somewhere but it isn’t likely to happen in the first round. The most likely scenario is the Panthers snatch up Okudah with their No.

There is just a ton of talent at CB this year, according to WalterFootball, he’s the 20th overall CB which will push him back to the later rounds. Mohamad Barry is another late-rounder that could end up being a steal. He racked up 89 tackles, 3.5 for a loss, and a sack this season. He is the kind of player that plays hard and is a ball hawk in the sense that he always seems to be in the mix during the play.

He has the ability to close in well and has explosive power at 6’1, 245. But because he has shown weakness in coverage, he isn’t among the top linebackers in the draft. That said, he’s going to find a home in the NFL, even if starting out as a backup.

He excels in one-gap penetration and gains the advantage early coming off the line. He also has heavy hands with a lot of leverage when swimming through block attempts. That said, by NFL standards he’s a bit small for the position which could hurt his draft positioning. Another player that might go in the draft this year is J.D. Speilman.

The WR had a great year and proved in a lot of people’s minds that he could be successful at the next level. He reached 100 catches and 1000 yards faster than any Cornhusker, and in this day and age, NFL OCs love slot receivers. I highly doubt Spielman will go undrafted, he has too much to offer. He plays bogger than his 5’9 size would indicate, but still, being under 5’10 will make GMs overlook him in the first couple of rounds.

Positions to Grab: Giants on the move
Expectation During Ayahuasca Ceremony
Comment