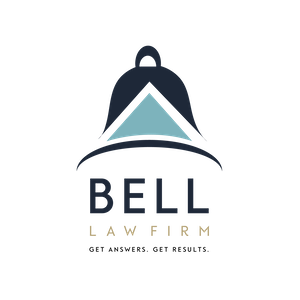 Mrs. Moua was a 38-year old otherwise healthy woman who had her thyroid surgically removed by Dr. Blake Kimbrell in 2019 because of a papillary thyroid carcinoma. The day after the surgery, Mrs. Moua reported swelling in her neck that quickly progressed to a point where she could not breathe. A nurse from St. Mary’s surgical floor called Dr. Byron Norris, the ENT physician who was on call. According to the complaint, Dr. Norris suspected a hematoma or large blood clot had developed after surgery that was compressing Mrs. Moua’s windpipe. As he was driving to the hospital, Dr. Norris ordered the neck sutures be removed to release pressure on the airway and restore Mrs. Moua’s breathing.

Before Dr. Norris arrived, Dr. Troy Johnson, the on-duty ER physician, arrived to treat Mrs. Moua. Rather than remove the sutures from Mrs. Moua’s neck, Dr. Johnson attempted an intubation. According to the complaint, the nurse who spoke with Dr. Norris on the phone did not relay the order to Dr. Johnson to remove the sutures. When Dr. Norris finally got to Mrs. Moua’s hospital room, he immediately removed the sutures and restored her airway with an emergency tracheotomy. At that point, Mrs. Moua had been without oxygen for too long. She suffered anoxic brain damage and passed away, leaving behind her husband, Truong, and two young daughters.

“This case underscores the vital importance of effective communication between healthcare professionals,” comments Lloyd Bell. “The standard of care required the nurse who spoke to Dr. Norris either personally to remove the sutures on Mrs. Moua’s neck or to notify the attending physician of the order. If the health care professionals had simply done their job and removed the sutures, Mrs. Moua’s airway would have been restored and she would have been fine. But the health care professionals didn’t communicate with each other, and Mrs. Moua suffered the consequences.”

Plaintiff Truong Vang seeks damages for the wrongful death of his wife, her conscious pain and suffering and the full economic loss their family has suffered.

Bell Law Firm is Georgia’s preeminent firm for victims of medical malpractice. Founded in 1999 by Lloyd Bell, the firm has recovered more than $100 million for patients and families of people injured or killed due to medical negligence. Bell has more than 25 years of experience in federal and state courts, and he has represented clients in more than 75 jury trials and hundreds of successful settlements. Specializing in litigating misdiagnoses, surgical errors, and other types of malpractice, Bell Law firm differentiates itself with deep legal expertise, a mastery of technology in the courtroom and a compelling manner of storytelling. In 2018, Daily Report, the leading source of legal news in Atlanta, named Bell Law Firm as Personal Injury Litigation Team of the Year.