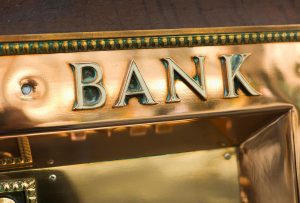 in the number of banks that have been purchased by credit unions. Banks claim that this trend is blurring the line between credit unions and banks, while credit unions claim that they need to grow to stay relevant. Financial institutions have two options when bringing on new customers they can either get them to sign up one at a time or purchase another institution, where hundreds, if not thousands of clients already exist. The logical target for credit unions is smaller, local community banks. Banks First Out of the Gate In 2007, there were 308 banks in Florida. In 2019, there were five acquisitions and mergers among Florida banks. Industry consultant Vincent Hui says that credit unions aren’t just growing because they can grow. Something that separates credit unions from banks is that they can’t reach out to the secondary market to raise their capital. Of course, purchases like this also reflect the regulatory environment of Florida as well. The Florida law doesn’t directly address this practice, which leaves a broad level of discretion for the Office of Financial Regulation. Florida Regulations Different to Other States Most credit unions purchasing banks in Florida are heavily regulated, reassures Hui. Some other American states strongly discourage or even prohibit credit unions purchasing banks, while Florida is a lot more flexible and receptive to the idea. The reality is that many small, community banks struggle to stay afloat as larger banks get even bigger, so the acquisition by credit unions has both its advantages and disadvantages. While credit unions are growing, community banks are dwindling. Whether it’s to help get your business idea off the ground, or to pay off a bit of bad debt, there are many different options that credit unions can offer.