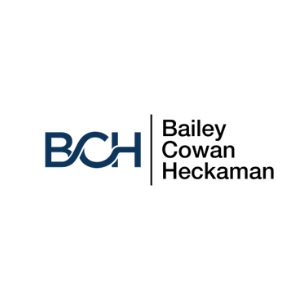 Trial lawyers from the law firm of Bailey Cowan Heckaman PLLC have filed multiple lawsuits against Onewheel manufacturer Future Motion, Inc., alleging that the product contains a dangerous defect. As noted in their complaints, several people have sustained serious injuries or lost their lives after riding the Onewheel electric transporter.

The most recent lawsuit involves the wrongful death of a young father. As noted in court documents, the man was riding the Onewheel when it abruptly stopped, dipping into a sudden nosedive. The victim was ejected from the battery-powered, self-balancing device, causing a severe head injury that rendered him unconscious. The Colorado man later died from injuries related to the nosedive accident.

The current case is not the first time the safety of the Onewheel has been called into question. BCH law continues to investigate and litigate claims involving Onewheel nosedive accidents. Multiple lawsuits allege that the Onewheel transportation device is prone to spontaneous shut-offs, propelling the board forward into a dangerous nosedive.

In 2021, the law firm of Bailey Cowan Heckaman filed a similar products liability lawsuit against Future Motion after a San Diego man lost his life riding a Onewheel. According to the lawsuit, the device unexpectedly lost power and nosedived, violently throwing him from the machine. He sustained a fatal traumatic brain injury.

One year prior, in August 2020, a Long Island man was killed when the Onewheel he was riding was claimed to have abruptly shut off, sending the device into a nosedive. The lawsuit alleges the sudden stop propelled the man from the board, resulting in severe head trauma. He succumbed to his accident-related injuries a few weeks later.

Claims of Defective Design and Future Motion’s Failure to Warn

Court documents show that attorneys for the victims allege several causes of action, including that the company knew the device contained a defective design and failed to warn consumers. The complaint also alleges negligence and violations of the Consumer Protection Act.

Trial lawyers representing the plaintiffs are seeking compensation for the victims’ pain and suffering, medical expenses, loss of financial support, mental and emotional distress, loss of consortium, loss of companionship, and punitive damages.