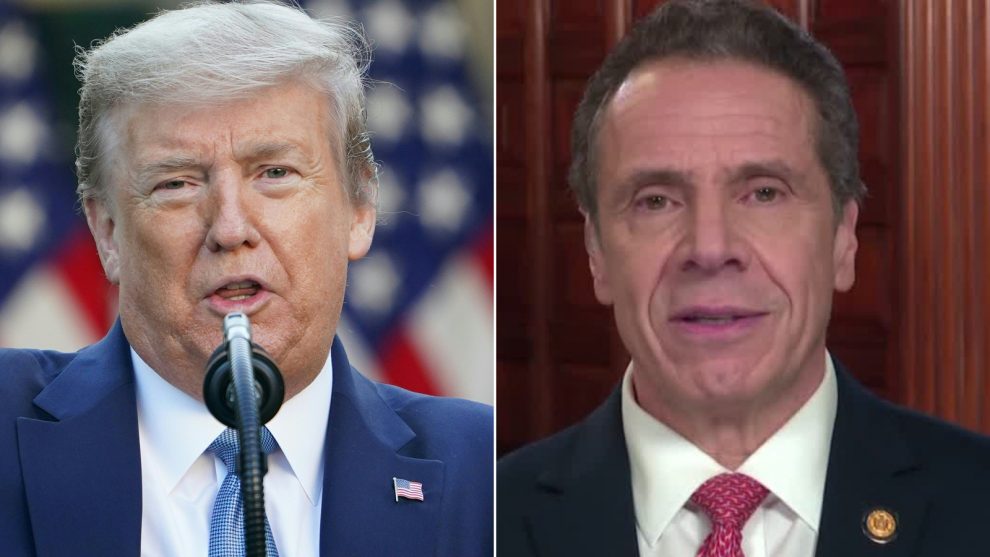 In a chat with ‘Fox and Friends’, Trump said he didn’t believe Biden was quite cut out to be the next president of the United States. «I personally don’t think Joe Biden is capable,» said Trump. He then gave the Democratic pot a bit of a stir with his comparison of Andrew Cuomo to Joe Biden, suggesting the New York governor would be a much better alternative to the former vice president. Now, it bears mentioning that Trump is not alone in his endorsement of Cuomo’s presidential merit.

Indeed, Cuomo’s admirable leadership in the face of New York’s growing coronavirus crisis seems to have shaken up the Democratic landscape with widespread speculation raising the possibility Cuomo’s name might yet appear on the elections ballot, even though the New York governor has made no formal announcement to that effect. In anticipation of which sportsbooks are at the ready with odds for Cuomo in 2020 political betting markets. When Trump was asked by ‘Fox and Friends’ about Andrew Cuomo’s merit to run for office, Trump was complimentary. «I wouldn’t mind running against Andrew.

I have known Andrew for a long time. » By that very same token, bookmakers installed Biden as the favorite to win the said nomination and they also placed Biden just shy of Donald Trump in the odds for the presidency. Now Cuomo has all the momentum, which in turn correlates to a dramatic shortening of his odds in the 2020 Elections market. Ever since the 11th Democratic presidential primary, which was held behind closed doors and without a live audience at CNN’s DC bureau, due to growing fears of the spread of the deadly virus, both Biden and Sanders have gone to ground.

To be fair, the possibility they won’t even find that appropriate balance to their own detriment can’t be ignored under the circumstance… How can they compete with images such as the US Navy Ship Comfort sailing towards New York and bringing much-needed help to the virus stricken city?

No other debate of the Democratic presidential primary has been officially scheduled either. Biden and Sanders could not have anticipated getting derailed off the campaign trail in such a manner, or being frozen out of current events and out of the public eye.