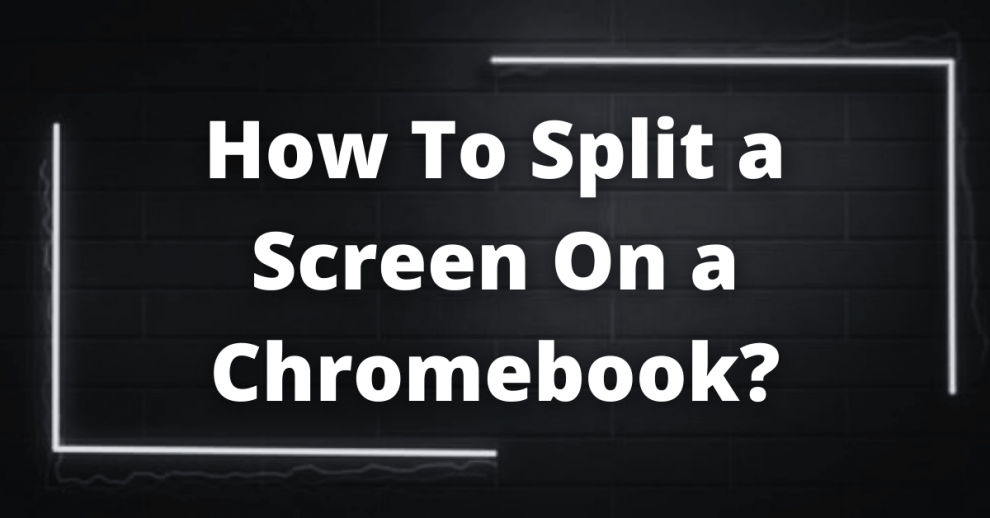 Chromebooks are becoming increasingly popular in today’s day and time. They are sleek, slim, smart, and beautiful looking. Along with their beauty, they are known for being lightweight and easy to carry around. In this article, we will discuss in detail about how to split a screen on a Chromebook. This is because they consist of minimal hardware in them and hence become a very alluring prospect for their users. When it comes to their software, Chromebooks are amazing.

This is because despite having a separate operating system that most people are not used to, they support Linux OS and have a Google Play Store in them as well. This allows users to explore through millions of applications and download them as they please. When it comes to some of the most basic functionalities of the devices, there are many that the users may not be aware of for implementation. For example, most people become confused about how to split a screen on a Chromebook. If you are amongst one of the people, then you have landed on the right article.

How to Split a Screen on a Chromebook?

By splitting the screen on a Chromebook, you can unlock many different benefits at once. Here is how it works:

On a single command by the user, the screen splits into two different sections. In each section, you can open different applications. These applications will not interact or affect each other. It will be as though you are working on a completely separate monitor at the same time.

Benefits of a Split Screen

Here are some of the benefits of using a split screen on your Chromebook:

Steps to Follow to Split Screen on a Chromebook

While you may not be aware of this fact but Chromebooks, have a functionality that allows users to split their screen on just a few commands. Following are two ways that you can use to split the screen on your Chromebook.

Also Read: How to Connect a Chromebook To a Projector?

Shortcut to Split the Screen on Chromebook

If you wondering about how you can split the screen on a Chromebook with a shortcut, then just follow these simple steps:

If you are not comfortable with the keyboard shortcut method, then there is another one devised by Chromebooks to cater to your needs. Here is how you can split the screen:

Here are the answers to some of the most frequently asked questions related to splitting a screen on a Chromebook:

Q1. How Do You Use Two Screens On a Chromebook?

The process of using two screens on a Chromebook is very easy. By following the above-mentioned steps, you can easily introduce two screens at once.

Q2. How Do You View Two Tabs Side By Side On a Chromebook?

You can view two tabs side by side on a Chromebook by dragging the window on one side of the screen. The second tab can then be dragged to the screen that is across the vertical line of the Chromebook.

Q3. How Do You Make a Split Screen?

The process of making a split screen on a Chromebook is very easy. You can do that by either dragging the window of Google Chrome to one side of the screen or by pressing the Alt + [ on your keyboard.

How to Connect a Chromebook To a Projector?
How to Change the Owner of a Chromebook?
Comment