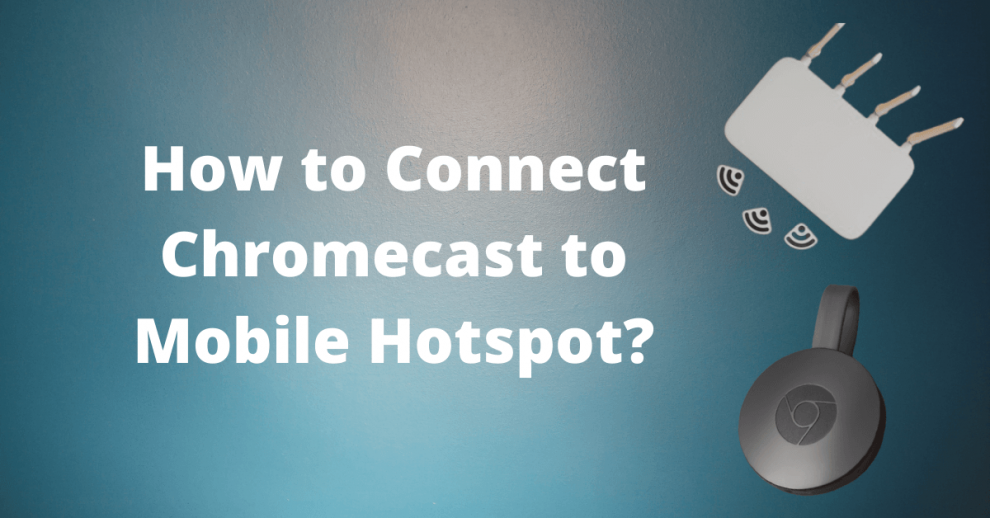 Chromecast is Google’s widely successful casting and streaming device, and as everything with the word Google goes, it sold like hot cakes. With 150 million plus users and subscribers, it’s no wonder a lot of streaming and screen casting that happens is due to the dongle, and with this trend in general experiencing a boom, it is likely that the Chromecast is here to stay for the long run, albeit in different iterations.

Chromecast is a pretty useful and intuitive device, and to the annoyance of many people, requires a constant connection of internet (mostly Wi-Fi) to make sure that whether you’re streaming or casting, the process stays seamless and smooth. So, how to connect Chromecast to mobile hotspot? We have previously explained the reasons as to why Chromecast needs internet; and it is only with already downloaded media being played on an Android phone that you can truly use a Chromecast without internet, which raised the question:

considering all that you have to do is tap a couple of buttons, set your password and then get to connecting the other device. At least that’s how it works if you want to connect another phone or a PC to your hotspot. But with the Chromecast, things are a little different, considering that the dongle does not have a display and instead whatever you do is controlled by the PC or phone. So, for the answer to how to connect Chromecast to hotspot, keep reading after the next heading.

How to Connect Chromecast to Android Mobile Hotspot?

Connecting a Chromecast to Android mobile hotspot is a lot different, from say, an iPhone, because Android smartphones don’t use Bluetooth to complement and actually get the signal across to the second device. Instead, once you turn on the mobile hotspot in an Android device, be it a Samsung, LG or HTC, just the mobile data and the hotspot will be on, and the phone will itself broadcast the signal to the other device.

To connect Chromecast to Android mobile hotspot, start by turning on mobile hotspot, which you can access either in the drop-down menu of quick settings, or by going into Settings itself. You will require mobile data for this purpose, so ensure that mobile data is on and the phone is displaying either 4G or 5G in the status bar. Once the mobile hotspot is on, you can access the settings that include changing the password, the SSID of the connection, which is basically the name of the network and other factor and authentication and security settings. Once you’ve set all that, you will be ready to connect your TV or device to the hotspot.

Simply turn on your TV, select the mobile hotspot being displayed with the name, and type in the password (as typed in by you on the smartphone’s settings) and the TV or device will be connected to the mobile hotspot. As for the Chromecast, well, connecting it to a hotspot is a little bit different, and we’ll be discussing it in the passage below.

How to Connect Chromecast to Mobile Hotspot?

Previously, on the 1st generation of the Chromecast, connecting it to a mobile hotspot was as simple as connecting another phone or laptop to your hotspot. That is, you just put in the password and the Chromecast would be connected to the internet, although it did use up a lot of data, considering that streaming and casting does take a lot of data. However, while this method was simple enough, for some reason,

Google sought to shut it down, and via a software update blocked such a simple connection with a potentially dangerous network source. Now, the methods run something like this. Again, start by turning on the hotspot and mobile data on your Android device, and set a name (SSID) and password for the network and connection. Turn on the Chromecast and ensure that it is connected to an external display, a Smart TV or something of the likeness.

Once you’ve done all that, check your Android phone for the Google Home application. If you don’t have it, download it off the Google Play Store and sign in using your account. Once you’ve done that, launch the application, and in the ‘Cast’ menu, select ‘Cast to Chromecast device’. This will allow the Chromecast to cast to your device since the Wi-Fi is turned off, and the connection will instead be routed through the hotspot of your phone.

The Second Method to Connect Chromecast to Android Mobile Hotspot

There is another method to connect Chromecast to Android mobile hotspot, but this is specifically for the instance where you connect the Chromecast to the hotspot being broadcast from one device, but the casting should be done on another device. For that, of course, you’re going to need two separate devices, one for casting and the second one for the hotspot.

Start by turning on the hotspot and the mobile data on the first device (that you want to connect the hotspot with). Make sure that the device is displaying either 4G or 5G, since 3G signals won’t be able to ensure the required speed and ping for the casting display. Once that has been done, turn on the Chromecast and connect to the hotspot. Again, be advised, that this will take up a lot of data, and we suggest revising your plan if you want to do this fairly often or get a one-time upgrade on the data.

Connect the second device, the one used for casting, to the Chromecast, using the hotspot as the intermediary, and accept the connection on the Chromecast device. Once that has been done, the Chromecast will now use the hotspot from one device, but the casting will be done by another one, which is pretty neat, right?

Using Chromecast with hotspot from Android smartphone was previously as easy as simply clicking on connect, but with recent updates and the realization of security issues that accompanies such network connections, Google has now limited the Chromecast to now exclusively work with Wi-Fi connections, and while you can still use mobile hotspot to connect and operate the Chromecast, it is nowhere as simple as it used to be.

Nevertheless, you can still do it, but doing so will require some trickery and smartphone know-how on your part. A pretty popular option for streaming and casting, the Chromecast is one of the best-selling devices in its class, and as such, many people seek answers to common problems that the dongles can experience, which ultimately affect the user. One of those is connecting to a mobile hotspot, as the Chromecast does not allow you to connect to a mobile network all willy-nilly. However, follow the procedure as given above, and you will be able to do it.

Why Does Chromecast Need Internet?
Knowing the Right Time to Send a Press Release is Difficult; Here’s how to do it!
Comment