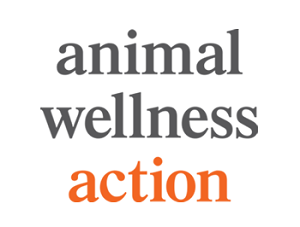 WASHINGTON, D.C. – This week, Animal Wellness Action, the Animal Wellness Foundation, and the Center for a Humane Economy (the groups) launched a new website designed to serve as a key element of a larger watchdog campaign over implementation of the Horseracing Integrity and Safety Authority (HISA).

The goal of the site is to ensure the Horseracing Integrity and Safety Act (Act) is properly enforced and implemented. The site was made public this morning: www.HISAWatchdog.org.

The groups, whose leaders have worked for the past seven years to stamp out race-day doping in the sport, announced the launch of their watchdog site on the heels of the Act’s July 1, 2022, effective date. Two of the groups’ leaders, Marty Irby and Wayne Pacelle, have previously testified before Congress in support of anti-doping legislation, and worked to enact the Act signed into law in December of 2020.

“I applaud Animal Wellness Action for initiating this much needed accountability vehicle for HISA enforcement activities,” said Joe Gorajec, who served as the executive director of the Indiana Horse Racing Commission for 25 years and is a past chairman of the Association of Racing Commissioners International. “I believe most racing participants expect across-the-board improvement in all regulated activities that are under HISA’s authority. Animal Wellness Action has the capability to help ensure that HISA fulfills its mission and will focus on making transparent those issues that otherwise would go unreported or under-reported in racing and mainstream media.” 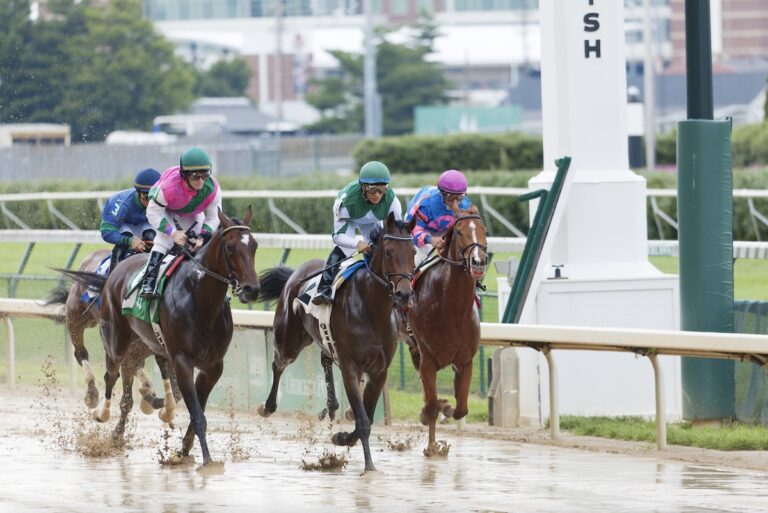 “We’re committed to the long haul of stamping out doping, and other abuses in American horse racing, and seeing proper enforcement and implementation of the first new federal horse protection law enacted in half-a-century that we worked so hard to secure,” said Marty Irby, executive director at Animal Wellness Action, who has been honored by Her Majesty Queen Elizabeth, II for his work to protect horses. “We will continue to be a watchdog over the new Horseracing Integrity and Safety Authority and will not allow the new law to fail in protecting our iconic American horses, as the Horse Protection Act of 1970 and the Wild-Free Roaming Horses and Burros Act of 1971 have.”

“With the passage of an anti-doping law, we’re just to the first turn in a long and vitally important race for the soul of horse racing,” said Wayne Pacelle, president of the Center for a Humane Economy. “Now it’s urgent that key players in the horse racing industry obey the law and that authorities charged to protect horses, jockeys, and the integrity of the enterprise enforce it with rigor.”

“We applaud the announcement and launch of HISAWatchdog.org, which will help keep the new Authority in check and ensure the Horseracing Integrity and Safety Act is properly implemented and enforced,” said Freddie Hudson, chief executive officer at the U.S. Harness Racing Alumni Association. “It’s imperative that the new Authority breeds confidence in American horse racing and we hope to see the harness racing industry opt-into the new law. HISA is a tremendous turning point in the industry, and its success is imperative to maintaining the sport’s legitimacy.”

In nearly a thousand meetings on Capitol Hill Irby, Pacelle, and other Members of the Coalition for Horse Racing Integrity conveyed to Congress that the U.S. Anti-Doping Agency’s (USADA) involvement in overseeing drug testing and enforcing the law was the very foundation and bedrock of the legislation, but loopholes in the new law were quickly identified by the new HISA board who parted from USADA in December and selected the lesser-known Drug Free Sport International to complete the testing. As a result, the betting public has also been left with countless enforcement and implementation questions.

The Horseracing Integrity and Safety Act:

The doping of American racehorses has been the subject of Congressional attention over the past seven years with hundreds of horses dying on racetracks weekly and the indictment of 37 trainers and veterinarians in March 2020.

In an illustration of the broad industry support for change, the Horseracing Integrity and Safety Act was supported by all three Triple Crown races (Kentucky Derby, Preakness Stakes and Belmont Stakes). The effort continues to enjoy the support of the Coalition for Horse Racing Integrity (CHRI), which includes The Jockey Club, The Breeders Cup, Keeneland Racecourse, the Thoroughbred Owners & Breeders Association, the Water Hay Oats Alliance, and animal welfare groups like Animal Wellness Action.

The fractured nature of anti-doping and track safety efforts across the U.S.’s 38 racing jurisdictions has undermined the public’s confidence in horse racing, threatened the integrity of competition, and endangered the human and equine athletes. The Act addresses these problems head-on while helping to enhance the public’s interest in this very important industry. For the safety of the horses and jockeys, and for the sport of horse racing itself, American horse racing has been in dire need of the Horseracing Integrity and Safety Act, which officially took effect on Friday, July 1, 2022.

In order to create these uniform performance and safety standards for the sport of horse racing, the Act created the Horseracing Integrity and Safety Authority, which is a private, independent, self-regulatory, nonprofit organization. It will not be funded by the federal government—the horse racing industry will pay the funds necessary for the establishment and administration of the Authority. The Authority is tasked with developing and implementing both a horseracing anti-doping and medication control program and a racetrack safety program.

COMPOSITION OF THE AUTHORITY
The Authority is governed by a Board of Directors consisting of nine members. Five of those members are independent of the industry, and four members are experts from the following sectors of the industry: owners and breeders, trainers, racetracks, veterinarians, State racing commissions, and jockeys. To assist with the development of these programs, the Board established an anti-doping and medication control standing committee and a racetrack safety standing committee, both controlled by independent members outside the industry. All independent members of the Board and standing committees will be subject to strict conflict-of-interest standards.

ANTI-DOPING PROGRAM
The law requires the Authority to create a set of uniform anti-doping rules, including lists of prohibited substances and methods, protocols around the administration of permitted substances, and laboratory testing accreditation and protocols. These permitted and prohibited substances and practices will be developed after taking into consideration international anti-doping standards and veterinarian ethical standards, along with consulting racing industry representatives and the public. The new nationwide rules replace the current patchwork of regulatory systems that govern horse racing’s 38 separate racing jurisdictions.

RACETRACK SAFETY PROGRAM
To protect the health and safety of racehorses and jockeys, the law requires the Authority to create a racetrack safety program, consisting of a uniform set of training and racing safety standards and protocols. Those standards include racetrack design and maintenance, oversight of human and equine injury reporting and prevention, and the procedures for undertaking investigations at racetrack and non-racetrack facilities related to safety violations.

The Authority will also create an accreditation program to ensure that racetracks comply with these safety procedures, and in order to continue gather information on racetrack safety, the Authority will establish a nationwide database of racehorse safety, performance, health, and injury information within one year of the establishment of the program.

Animal Wellness Action is a Washington, D.C.-based 501(c)(4) organization with a mission of helping animals by promoting legal standards forbidding cruelty. We champion causes that alleviate the suffering of companion animals, farm animals, and wildlife. We advocate for policies to stop dogfighting and cockfighting and other forms of malicious cruelty and to confront factory farming and other systemic forms of animal exploitation. To prevent cruelty, we promote enacting good public policies, and we work to enforce those policies. To enact good laws, we must elect good lawmakers, and that’s why we remind voters which candidates care about our issues and which ones don’t. We believe helping animals helps us all.

The Animal Wellness Foundation (Foundation) is a Los Angeles-based private charitable organization with a mission of helping animals by making veterinary care available to everyone with a pet, regardless of economic ability. We organize rescue efforts and medical services for dogs and cats in need and help homeless pets find a loving caregiver. We are advocates for getting veterinarians to the front lines of the animal welfare movement; promoting responsible pet ownership; and vaccinating animals against infectious diseases such as distemper. We also support policies that prevent animal cruelty and that alleviate suffering. We believe helping animals helps us all.

The Center for a Humane Economy is a non-profit organization that focuses on influencing the conduct of corporations to forge a humane economic order. The first organization of its kind in the animal protection movement, the Center encourages businesses to honor their social responsibilities in a culture where consumers, investors, and other key stakeholders abhor cruelty and the degradation of the environment and embrace innovation as a means of eliminating both.