(Carlisle, Pa.) – Former federal judge John E. Jones III, who retired from his lifetime appointment in July to lead his undergraduate alma mater, Dickinson College, has officially begun his two-year tenure as interim president of the selective liberal-arts college in Carlisle, Pa. Jones served as chief judge of the U.S. Middle District Court of Pennsylvania and decided some of the Commonwealth’s most high-profile cases on free speech and the teaching of intelligent design. In 2014, Jones struck down as unconstitutional Pennsylvania’s ban on same-sex marriage. 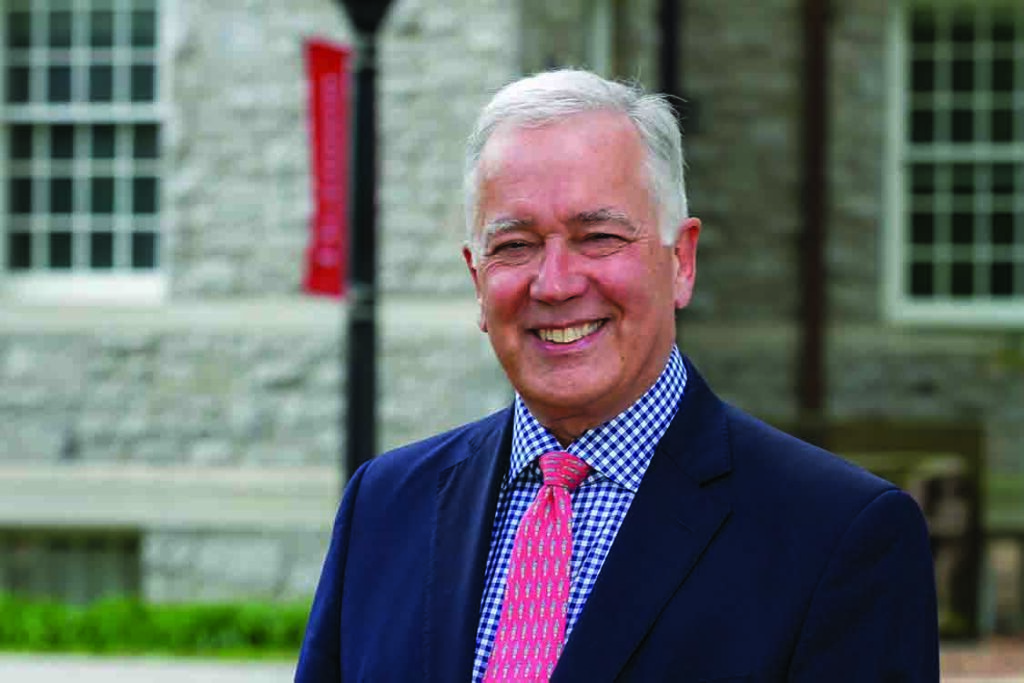 “It has been a privilege to serve on the bench for nearly two decades, presiding over complex and challenging cases and serving with some of the finest legal minds,” Jones said. “It is time to take on a new challenge. Leading my alma mater is an unparalleled opportunity I simply could not pass up. I believe strongly in Dickinson’s world-class liberal arts education, and I look forward to continuing the momentum of this top institution,” said Jones, who previously served as chair of Dickinson’s board of trustees. 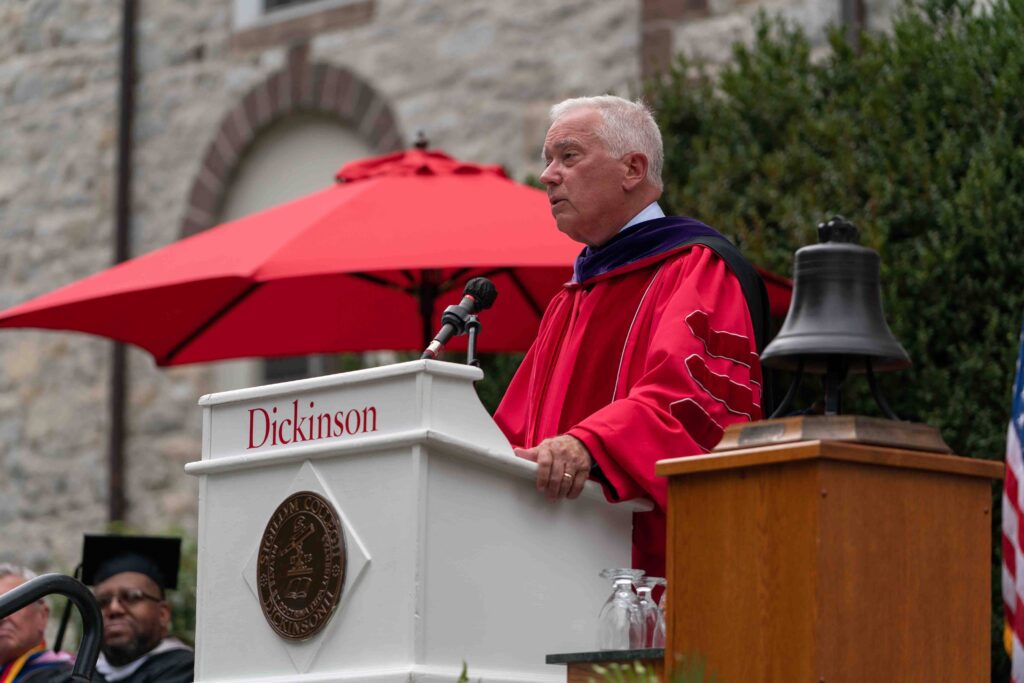 In his first few weeks as interim president, Jones launched “Dickinson Forward”, a multifaceted initiative to position Dickinson to excel as higher education faces challenges such as changing demographics, a hyper-competitive market, economic uncertainty, and questions about the value and cost of a college education.

“This will be an ongoing and evolving initiative that will build on Dickinson’s standing as a global leader,” said Jones. “We will lean into the challenges we face, co-innovate as a community, and emerge as an even stronger institution. This is an exciting time, and one that I know we will harness with boldness and courage as we make the crucial decisions that will map a clear path for our continued excellence as a world-class residential, liberal-arts college.”

Earlier this week, Jones welcomed students back to campus, including more than 650 members of the first-year class of 2025, for the start of the 2021-22 academic year. It is the first time all students have returned to campus since the COVID-19 pandemic began. In March 2020, Dickinson became one of the first colleges in the country to announce a fully remote semester. Last spring, half of Dickinson’s students were on campus at one time. 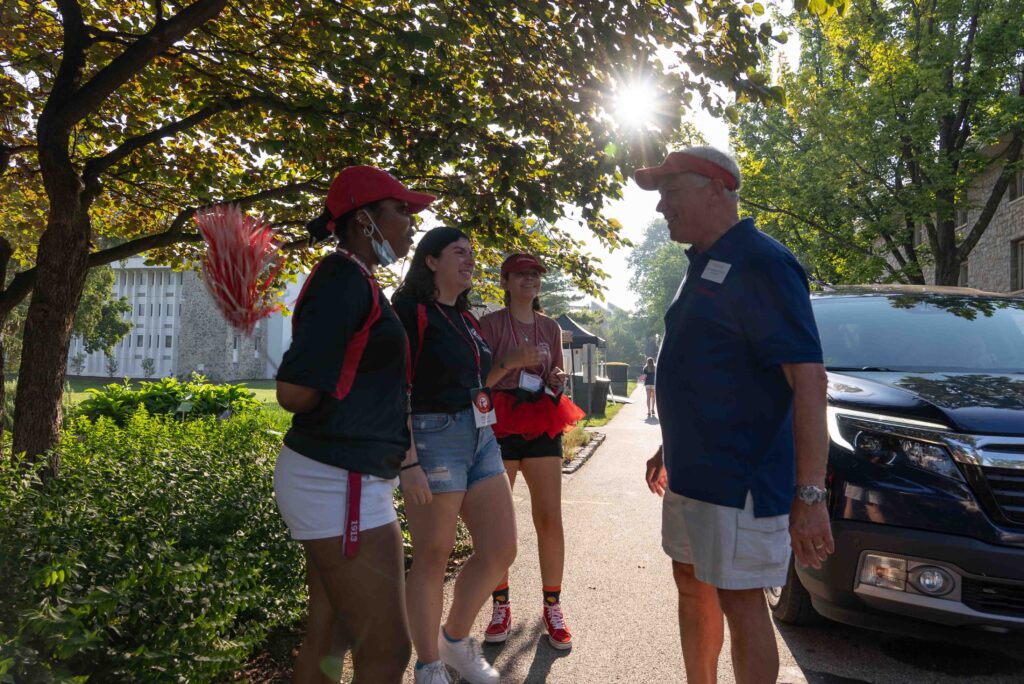 Interim President Jones welcomes students back to campus for the fall 2021 semester.

Jones also is continuing his work as a legal scholar and analyst of the law and courts for national and regional media outlets.

Jones was appointed to the federal bench by President George W. Bush and unanimously confirmed by the United States Senate on July 30, 2002. In 2003, Jones struck down portions of Shippensburg University’s speech code on the basis that it violated the First Amendment’s free speech guarantee. In that same year, Jones ruled in a decision later affirmed by the United States Supreme Court, that the U.S. Department of Agriculture’s statute assessing milk producers in order to fund advertising, including the Milk Mustache/got milk® campaign, did not infringe the free speech rights of the producers.

In 2005, Jones presided over the landmark case of Kitzmiller v. Dover School District, after which he held it was unconstitutional to teach intelligent design within a public school science curriculum. In 2006, he ruled the Commonwealth of Pennsylvania’s ballot access procedures for minor political parties did not violate the Constitution. In 2014, Jones resolved the matter of Whitewood v. Wolf by striking down as unconstitutional Pennsylvania’s ban on same-sex marriage.

In November 1994, then Pennsylvania Governor-elect Tom Ridge named Jones as a co-chair of his transition team. In May 1995, Ridge nominated Jones to serve as chairman of the Pennsylvania Liquor Control Board.

Jones has received numerous accolades during his career. He received the Outstanding Alumni Award from the Dickinson School of Law, as well as an honorary doctorate in law and public policy from Dickinson College, where he was recognized as one of the 25 most influential graduates in the College’s history. In 2009, the College’s faculty voted to induct Jones into its Phi Beta Kappa chapter.

In 2006, Jones was named by Time Magazine as one of its Time 100 most influential people in the world. He also received a Rave Award for Policy from Wired magazine and was the recipient of the first John Marshall Judicial Independence Award, given by the Pennsylvania Bar Association. In 2009, he was the recipient of the Geological Society of America’s President’s Medal, and in the same year, he was inducted into the George Washington Spirit Society.

Born and raised in Schuylkill County, Pennsylvania, he is a graduate of Mercersburg Academy, Dickinson College, and Penn State Dickinson Law. He and his wife Beth Ann have two children, including son John, Dickinson College Class of 2011, and three grandchildren.