SANTA MONICA – The Dovel & Luner law firm on Thursday filed a federal class action lawsuit against Nissin Foods (U.S.A.) Co. Inc on behalf of a New York consumer who purchased a Cup of Noodles product from Nissin. The lawsuit alleges that Nissin misled hundreds of thousands of consumers by deceptively labeling its premade noodle products as “No MSG added”.

The Complaint, filed in the United States District Court for the Eastern District of New York, alleges that Nissin violated the consumer protection laws of many states, as well as the Federal Drug and Cosmetics Act. According to the lawsuit, Nissin’s advertisements and packaging mislead consumers about the ingredients in its products.

Nissin advertises that its products, including Nissin’s “Cup Noodles” and “Top Ramen”, have “No Added MSG”. According to the lawsuit, a reasonable consumer would understand Nissin’s advertisements and packaging to mean that Nissin’s “No Added MSG” products do not contain free glutamates, specifically MSG. Here is an example of Nissin’s packaging for the “Cup Noodles” product, which clearly advertises (in the bottom-left corner) that the product has “NO ADDED MSG”: 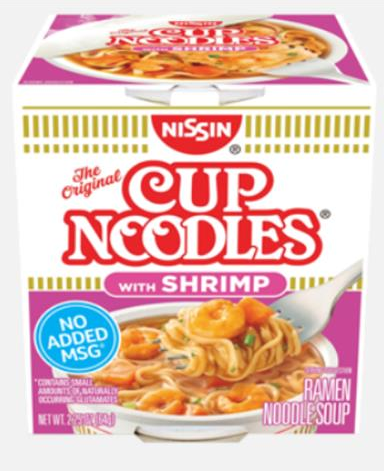 “The truth” the lawsuit claims, “is that the No MSG Products do contain ingredients that contain free glutamates—including specifically monosodium glutamate (i.e., MSG).” Many of the ingredients in Nissin’s products, such as autolyzed yeast extract, are “a substantial source of free glutamates including MSG”.

And none of this information, the lawsuit claims, is clearly disclosed to consumers in Nissin’s packaging or advertisements.

The “false statements increased the demand for the No MSG Products,” the lawsuit claims, and, as a result, Nissin “was able to charge more for its No MSG Products than it would have been able to had the packaging and ads been truthful.”

“The lawsuit alleges that Nissin misled its customers about its products so that it could charge more for them, and that this violated consumer protection laws,” said Simon Franzini of Dovel & Luner. “We and our co-counsel at Broslavsky & Weinman, LLP brought this lawsuit to stop this misleading labeling and to compensate consumers who overpaid for Nissin’s products.”

The lawsuit seeks to enjoin Nissin from continuing to engage in these deceptive practices and to require that Nissin compensate harmed consumers.