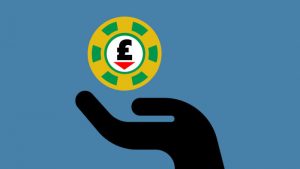 You’ll often hear it said that there’s no guaranteed way to make money out of gambling. No matter how long a lucky streak lasts on slots on roulette, all streaks come to an end somewhere. That doesn’t mean there’s never been a guaranteed way to make money from it, though – it just means you need to be on the other side of the fence. You need to be involved in the business side of the industry. Relatively liberal gambling laws combined with a high level of engagement across the population has made the United Kingdom something of a gambling mecca, and there’s been no shortage of business and individuals willing to put money into it in the hope of making an even bigger return. The amount of money coming into the industry has had the appearance of being a bubble for a while now – and according to some market-watchers, the bubble is about to burst. The meteoric rise that the British gambling market has enjoyed for the past decade or so was never going to go unnoticed by regulators and policy-makers forever, but for a while, it seemed like the good times were never going to end. New online slots websites started springing up every week, and the more intelligent of the online slots sites quickly introduced roulette and blackjack alongside the slots to offer more variety and, of course, make more money. The first sign that the country’s attitude toward the gambling explosion came in late 2018 when it announced that the amount of tax payable by companies who allow remote gambling – defined as any internet-based gambling carried out by electronic devices, would increase to 21%. A 6% tax hike is a considerable amount – especially to companies operating with narrow profit margins – and has already had an impact on foreign companies who had been trying to get involved in the UK market. That, too, had a measurable impact on the profits and forecasts of several of the industry’s biggest players. Many firms that offer sports betting were used to making their money by offering live, in-play bets advertised immediately before and during high profile football matches. On paper, the firms who used to make such offers voluntarily backed out of the market. There may actually be an upside to all of this from the point of view of shrewd investors, and also from the point of view of companies who remain active. The market was becoming saturated by new companies emerging both at home and from abroad, and a saturated market means it’s harder to find and deliver profit for everybody. If fewer companies come in from abroad, it allows more space and opportunity for UK-based gambling companies to survive and thrive. They are, after all, the companies who know the market best, and the companies who are the best placed to influence any future policy decisions when it comes to the Government’s attitude for gambling. Any industry that’s still posting revenue figures in excess of five billion pounds per year clearly isn’t in trouble, and several firms are still growing exponentially, seemingly unaffected by the new regulations. The UK gambling market may not be as safe a bet as it was twelve months ago if investors go into it blind, but there’s still clearly plenty of money to be made if people are careful about who they choose to back and the extent at which they choose to back them. In short, if you’re an investor looking to make money from the strength of the gambling market in the United Kingdom, you’ll probably find that your best odds come with backing someone who’s already there, and already a step ahead of any proposed changes in regulation.