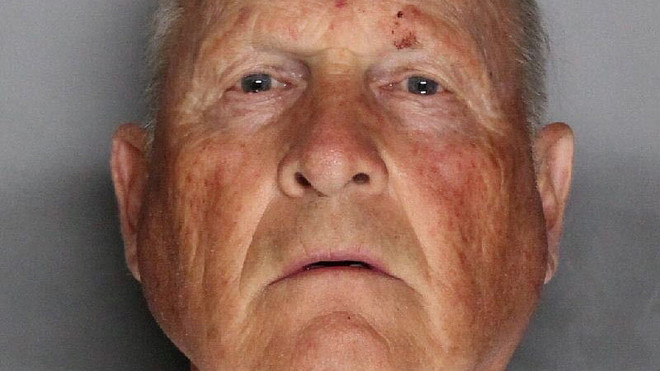 In the end, it was the Internet. The FBI and the Sacramento police managed to name one of the biggest rapists and serial killers in US history on Wednesday. After 42 years of searching, with all the tracks exhausted for decades, the researchers arrived that night to a villa in Citrus Heights, just outside the capital of California, where they found Joseph James DeAngelo, the East Area Violator. This Thursday revealed that the "needle in a haystack", as defined by the prosecutor, appeared thanks to a private database of DNA profiles. The District Attorney's office confirmed to the press that investigators were finally able to reduce the list of suspects thanks to a private online service. The so-called East Side Rapist or Golden State Killer committed its crimes between 1976 and 1986 when there were no large DNA databases of people with backgrounds. From that time, researchers kept genetic samples of the stranger who raped at least 45 women and committed 12 murders. On Friday, Paul Holes, a retired researcher, confirmed to the San Jose Mercury News that it was he who raised the rapist's genetic profile to an open database, accessible to everyone, called GEDmatch.com. The company, based in Florida, allows anyone to upload their genetic profile to compare it with other voluntary users of the platform. Obtaining the genetic profile is one of the fashion services in Silicon Valley. The best-known companies, such as 23andme.com, Ancestry.com and MyHeritage.com, denied on Thursday that the police asked them to cooperate in the Golden State Killer case. Your services are closed to your users. However, there are open databases where people can search for their relatives. GEDmatch is one of the most popular and has about 800,000 genetic profiles. The DNA collected more than three decades ago had never coincided with any other of the police databases in these years. Holes confirmed that the old nameless genetic profile has gone up to the private service, where people participate with the hope of finding the origins of their lineage or distant relatives, but perhaps not to find their criminal family members. That's where genealogical trees began to appear that coincided with the old samples of the murderer. GEDmatch.com confirmed the information on Friday through a statement. "Although the police and nobody has not contacted us about this case, it has always been GEDmatch's policy to inform users that the database can be used for other uses," he says. "Although the database was created for genealogical research, it is important that those participating in GEDmatch understand the possible uses of their DNA, including the identification of relatives who have committed crimes or have been victims of crimes." Police sources quoted by the Los Angeles Times claim that the search was reduced to about a hundred people with similar profiles to the Golden State Killer. Among them, they looked at a 72-year-old man: Joseph James DeAngelo. Apart from having an age compatible with the crimes, had lived in all places where they were committed: Sacramento, the area of San Francisco Bay and south of Los Angeles. On Wednesday, the prosecutor Anne Marie Schubert had a great impact on the fact that the final track had arrived "in the last six days". According to the new details known, when the researchers decided to focus on DeAngelo they began to monitor their home. So they got a direct DNA sample from the suspect, from something he threw in the trash. That first show achieved what had not been achieved by several generations of police, put a name to the DNA of the Golden State Killer. Even so, they decided to look for a second sample to make sure. The final results of the analysis came last Monday, reports The Sacramento Bee . On Tuesday, the arrest warrant was issued. At 2.30 in the morning on Wednesday, one of the biggest scarecrows in the pantheon of horrors in the United States was finally named: Joseph James DeAngelo. The first charges against DeAngelo are going to be the murders of a couple in Rancho Cordova, Sacramento, in 1978. But it is expected that charges will begin to arrive from the other three counties where he committed his dozens of crimes that terrified California in the end. of the 70. DeAngelo appeared for the first time before a judge this Friday, in the courts of Sacramento, in a preliminary hearing. Looking tired and in a wheelchair, he barely spoke to say that he understood the charges against him and that he will be represented by a lawyer by trade.