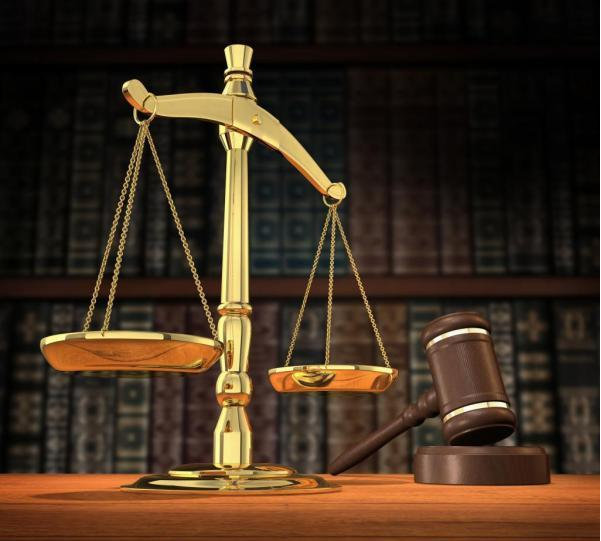 Publisher Notice: The following news content corrections and legal notice(s) by the publisher were made upon request by the respective ‘litigant’ associated with the news release.

WASHINGTON, D.C., USA – According to court papers, lobbyist and political prisoner Cary Lee Peterson received a reply from FCI SeaTac warden regarding Federal Bureau of Prisons direct violation to an Act of the U.S. Congress that prohibits any federal agency or court from preventing a lobbying registrant of the U.S. Congress from lobbying activities or duties under Title 2, U.S. Code 1602-1607(b).

According to court papers, the U.S. Senate, and U.S. House of Representatives websites, Cary Peterson is an active lobbying registrant, who was lobbying for several political organizations, that had not filed lobbying disclosure reports for contacts or activities that occurred since June 2018, when Peterson had been incarcerated for securities fraud charges related to a penny stock company (Peterson v. RVPlus Inc., et al., C.A. No. 1:18-cv-00704-LPS), now under federal question for validity of conviction, in the United States Court of Appeals for the D.C. and Third Circuit, due to recent finding of 2-in-1 private prosecution case associated with organizational defendant (pro-Sanders super PAC ‘Bet on Bernie 2016′); a federal political committee Peterson ran in 2015.

Court papers filed with U.S. District Court for Delaware Circuit (Peterson v. RvPlus Inc., et al.) show the federal question of whether FBOP was in violation of an Act of Congress came to a head last September, when Peterson filed appeal motions for bail pending appeal, and an administrative motion for temporary release to prevent criminal entrapment and civil penalties as result to him not filing lobbying disclosure reports that were due to the Congress since his self-surrender to the penal authorities in 2018.

In another federal case (Cary Lee Peterson v. Foster Garvey P.C., et al., C.A. No. 19-cv-3662, D.C. District)- a FINRA banking data breach lawsuit, related to Peterson’s federal question of illegal sentencing and appeal actions in the Third Circuit and D.C. District- sensitive information belonging to stockbrokers, businesses, and military veterans, including social security numbers, trading account numbers, had been sent unredacted to Peterson by U.S. Attorney’s Office in N.J., by unsecured means and lost at N.J. Department of Corrections, where Peterson was first detained by the federal court for the securities fraud conviction in the N.J. District, that was a result of a jury trial that consisted of 14 government witnesses, and denied Peterson right to a single defense witness, according to court papers.

Hence, the jury trial that barred Peterson from his Sixth Amendment right to call witnesses led to a 52-month sentence of imprisonment, by the judge who sentenced him, admitted there was no evidence he committed any fraud, “but potentially could have.” During sentencing, U.S. Senior Judge Anne E. Thompson ignored crucial objections surrounding the presentence report which could have substantially affected Peterson sentence.

In Peterson’s prior pleadings at court of appeals, Peterson asked he be granted bail pending appeal, but was denied by a circuit judge who was simultaneously employed by Seton Hall University, who is a co-defendant in the bank data breach lawsuit on Capitol Hill.

Because of the imprisonment and actions taken against Peterson, he has been unable to meet his unconditional obligation to the Congress, that cannot be overruled by any federal court, department, or agency, and carries penalty of up to five years imprisonment and $200,000 fine for every delinquent legislative activity report not filed pursuant to federal law. Peterson has filed multiple motions for relief with the courts and Bureau of Prisons over the past year, but FCI wardens and the attorney general assistant Mark Coyne- who filed a notice of appearance to represent Peterson’s non-governmental respondents, in a multi-district (consolidated) civil case at the U.S. Court of Appeals for the Third Circuit- stated that the Act of Congress (2 U.S.C. 1607) for registered lobbyists does not apply to them, and that they did not feel that Peterson had disclosed any valid reason for being released pending appeal. However, court papers of Peterson federal civil case in Delaware, showing several non-compliance notices to Peterson from the United States Senate, dated last year, infer otherwise.

While FCI Sheridan, Oregon has a law library, allows inmates access to legal materials, right to have private attorney calls, Peterson, had been denied access to eye care, current legal materials among several open court cases, prescribed medication for his medical conditions, and right to send legal mail to communicate with attorneys and the courts. Recent court papers [Doc. 29-1, Ex. D] demonstrate that when Peterson had tried to send a legal letter with proper labeling and pre-paid postage, the postage (stamps) was marked over with a black marker by a federal prison employee to impede Peterson’s right to mail the legal documents addressed to a federal judge in Delaware.

According to court record, Appellee AUSA Coyne asked for three extensions to file his reply to Peterson’s appeal brief filed last year, due to his busy schedule working on other cases, including U.S. Supreme Court case, United States v. William Barr” (U.S. Attorney General), despite court rules for filing deadlines. Nonetheless, Coyne’s communication was not communicated or consented by Peterson, who was frequently unable to communicate with the Court while being transferred among FCI Sheridan prison camp, the segregated housing unit, and change-of-custody between four penal institutions, during his two appeal proceedings, over the past two months.

Peterson’s extraordinary ordeal with FBOP and Court demonstrates a clear showing that actions taken during original N.J. District criminal trial were politically-influenced, (a/k/a) ‘stonewalling’ going on four years since the beginning of N.J. (2-in-1) criminal case [i.e., “Trenton Case” Docs# 19, 88, 153, 169, 170, and 171)], under review for federal question before U.S. Supreme Court Chief Justice John Roberts at federal court of appeals on The Hill.

Legal Notice: “This news content was published by an independent journalist, regarding court records pertaining to Cary Lee Peterson [“litigant”], associated with the foregoing (subject-matter). An authorized legal representative of litigant has approved the publisher’s news content pursuant to fair report privilege.”