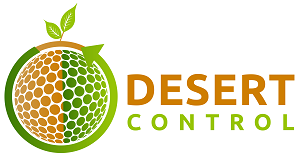 Desert Control is moving forward with plans to enable farmers, food produces, and landowners to overcome the challenges of droughts, soil degradation, and increasing water scarcity in the U.S.

More than 20% of the earth’s farmable land is degraded, and 30 million acres of fertile land turn barren annually due to increasing temperatures, droughts, water scarcity, and overexploitation. The United Nations has declared land degradation one of the greatest threats of our time.

Solutions to these challenges are right under our feet, starting with soil health. Restoring the earth’s degraded soils can offset 6 billion tons of CO2  annually and is vital to restoring biodiversity and ensuring food security.

“Investing in the regeneration of soil to preserve water and natural resources for food security and a stable climate is the pathway to peace and prosperity for people and planet, says Ole Kristian Sivertsen, President and Group CEO of Desert Control.”

Desert Control is pioneering disruptive solutions for climate-smart agriculture. The company has developed Liquid Natural Clay (LNC), an innovation that can turn sand into fertile soil in less than seven hours.

LNC is a liquid compound of natural clays and minerals that can be sprayed onto degraded land, sandy soils, and even desert sand. The liquid (nearly as thin as water) percolates into the ground by the force of gravity and creates a 40-60-centimeter-deep layer that retains water and nutrients like a sponge. As a result, degraded land receives new life and drought resilience.

Desert Control is a Norwegian Agri-tech company specializing in climate-smart solutions to combat desertification, soil degradation, and water scarcity. Its innovation enables sustainable ecosystem management by restoring and protecting soil’s ability to preserve water and increase yields for agriculture, forests, and green landscapes. The company established its presence in the United Arab Emirates in 2018 and is now expanding its impact-driven mission to the United States. 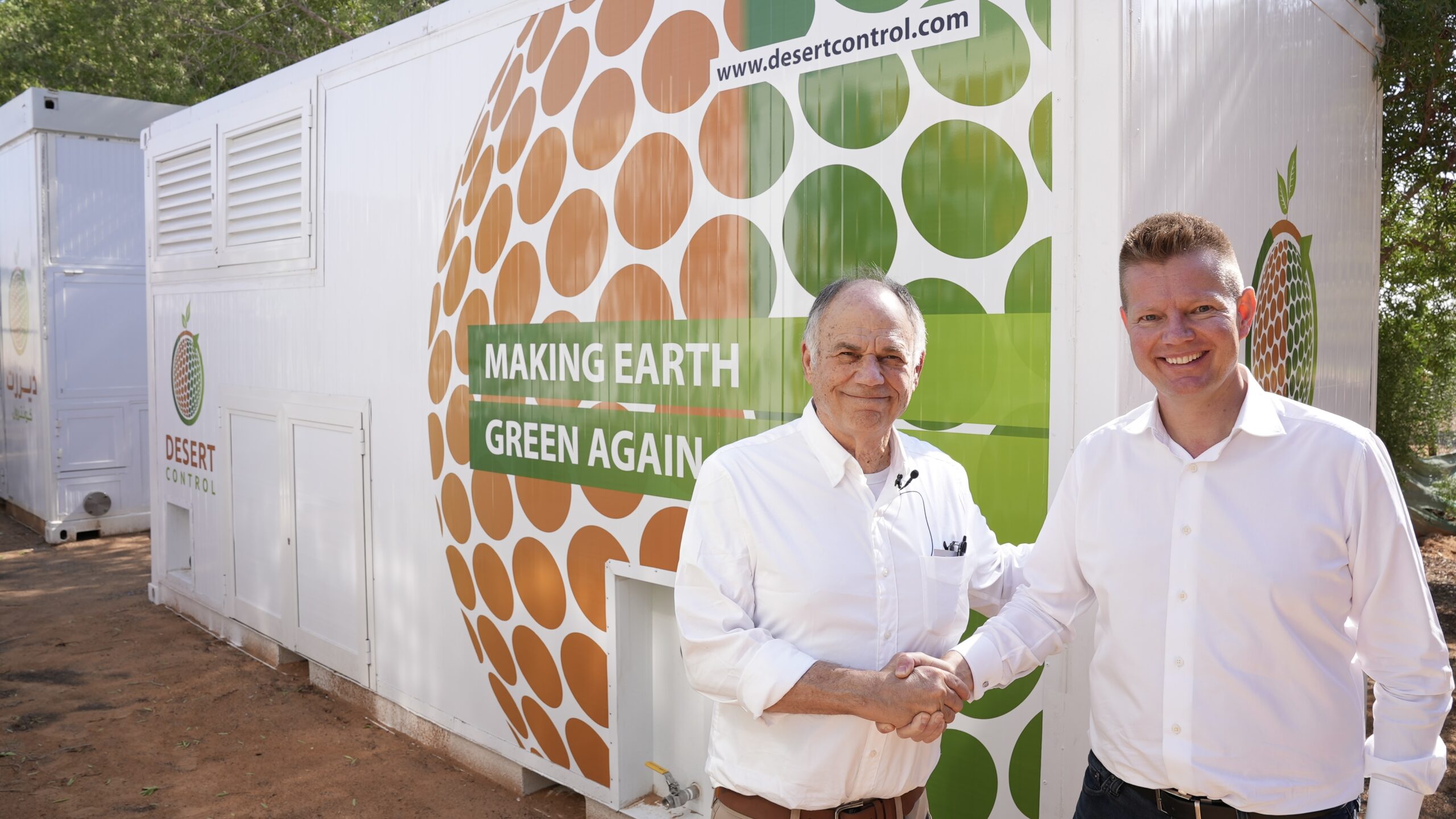 Michael spent 16 years as a field crop and irrigation manager at a 1,200-acre farm at a young age. This sparked his passion for agriculture. His career has since been motivated by a desire to help farmers achieve long-term prosperity in harmony with nature. 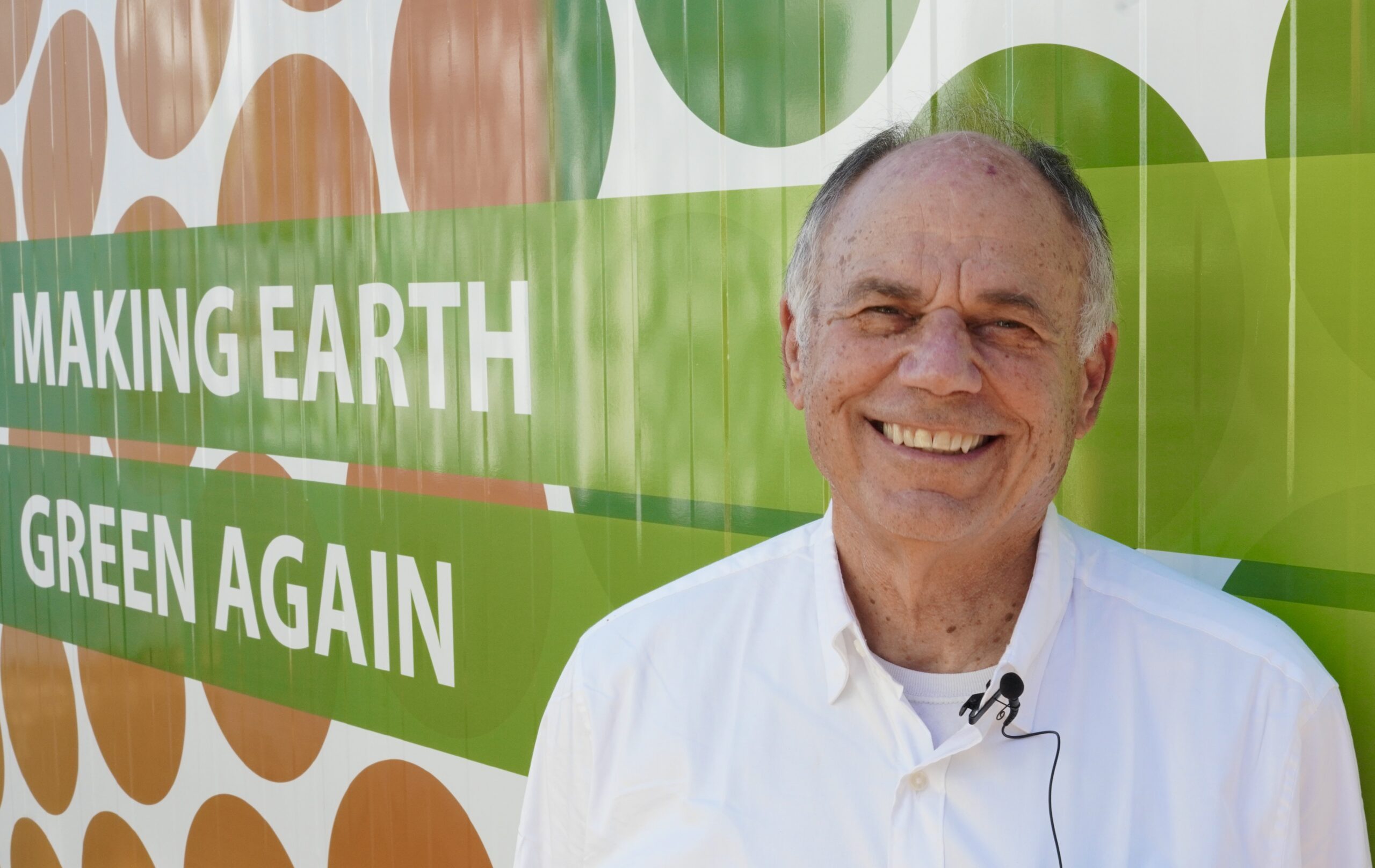 “We won’t make it without healthy soil, and that’s why I’m here, says Michael Davidson, Ph.D. and CEO of Desert Control Americas.”

Michael Davidson has 30 years of experience within the agriculture sector in the U.S. with a track record that includes senior leadership positions for start-up companies and growing established organizations in agriculture with a focus on irrigation solutions and water management. He also built a consultancy firm specializing in Climate-Smart Agriculture and has served as a consultant and advisor to organizations such as the International Finance Corporation (IFC) of the World Bank, the Sustainable Trade Initiative, the Inter-American Development Bank, and a host of NGOs.

Davidson’s educational background includes a B.A. in Business, a Master of Public Administration focused on Water Resource Management from California State University, and a Ph.D. in Public Policy focused on Climate-Smart Agriculture from Claremont Graduate University in California.

Michael spent 16 years as a field crop and irrigation manager at a 1,200-acre farm at a young age, and this sparked his passion for agriculture. His career has since been motivated by a desire to help farmers achieve long-term prosperity in harmony with nature.

The mission to combat soil degradation and drought in the U.S. starts in Yuma, Arizona.

Desert Control is launching a collaboration with The University of Arizona to advance solutions to improve soil health and drought resilience in the United States. In February 2022, the first feasibility study for Liquid Natural Clay with American soils starts at the Yuma County Cooperative Extension in Arizona. Selected water-thirsty crops will be grown in highly sandy soils treated with Desert Control’s Liquid Natural Clay to document its impact as a solution for climate-smart and drought-resilient agriculture.

International Center for Biosaline Agriculture in Dubai has, during 2019 and 2020, documented up to 50% water savings and increased crop yields of up to 62% from liquid natural clay treatment for desert soils in the United Arab Emirates. Liquid Natural Clay (LNC) is now being adapted to conditions of American sandy soils. The project with the University of Arizona in Yuma aims to arm farmers and landowners with fact-based information on the impact potential of LNC in the U.S.

“The project in Arizona is a unique opportunity to build bridges for climate-smart agriculture innovation between the United States and the United Arab Emirates who are at the forefront in the battle for water and food security, says Ole Kristian Sivertsen, President and Group CEO at Desert Control, who started their R&D initiatives in the UAE in 2018.”

Ole Kristian Sivertsen from Desert Control visiting drought-challenged agricultural fields in Arizona where growers are concerned about the future of farming.

The partners of the Yuma project believe the outcomes will be of significant value for initiatives such as the Agriculture Innovation Mission for Climate (AIM for Climate). AIM is a joint initiative by the United States and the United Arab Emirates to address climate change by uniting participants to significantly increase investment in climate-smart innovation, research, and development (R&D) in the global agriculture sector.

The Agriculture Innovation Mission for Climate (AIM for Climate) has already mobilized $4 billion of increased investment to enhance resilience to climate change.

LNC enables sand and degraded soil to retain water and nutrients, thus increasing crop yields and ecosystem resilience while preserving water resources by up to 50%.

Agriculture and food production already consume more than 70% of all available freshwater. Desertification and soil degradation drive a negative spiral of increasing water consumption and decreasing yields for global food production. Feeding our planet’s growing population will require more food in the next 40 years than was produced over the last 500 years, putting even more pressure on vital resources such as water. This is the problem Desert Control is determined to solve. According to the United Nations, thirty million acres of fertile land (equal to Pennsylvania) perish to desertification annually, representing an annual loss of $490 billion to the global economy.