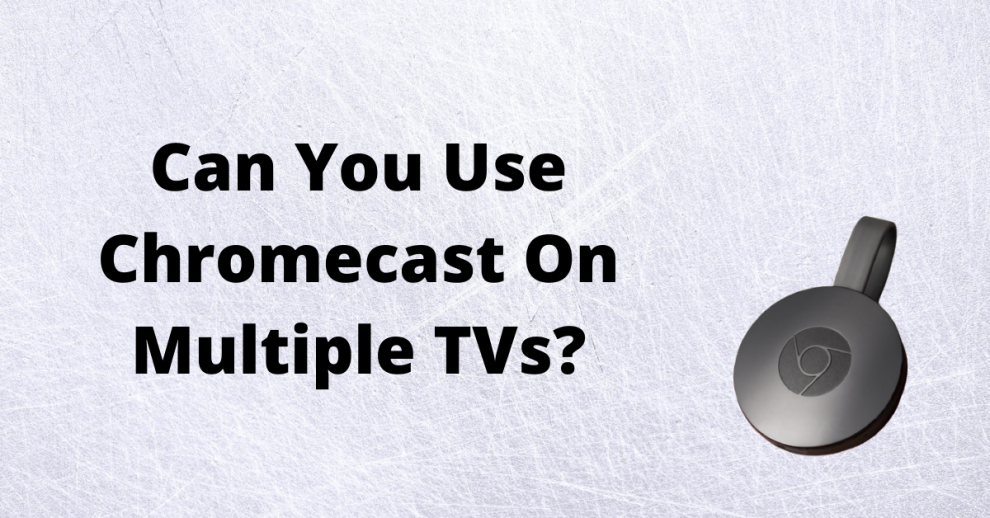 With tons of functionality and an incredibly user-friendly operation, you can do almost anything with it. But streaming a single source to two or more display units might seem a daunting task even for it. So, today we look into the question: can you use Chromecast on multiple TVs? The idea that you could Chromecast to multiple TVs sounds alluring in itself, but is possible, thanks to many advanced features the device itself has, and several third-party software that can help you achieve that.

Chromecast is a great feature for people looking for a singular device that can cater to all their content casting needs. Whether its gaming, or streaming movies, or simply wanting to stream your PC screen to a bigger TV screen, Chromecast can do it all, and then some. A proprietary product by Google and compatible with its Chrome browser and other extensions, Chromecast has gone to become one of the best-selling streaming devices in Google’s entire line-up.

‘Cast to multiple TVs at once’ is possible by using Chromecast dongles from Generation 1st and above, and this task will be explained by using a Windows and Mac PC. It is important to note here that the Chromecast device will be plugged into the display output device, and not the source of the content being streamed. With that being said, without any further ado, lets get into how to cast Chromecast to multiple devices.

Before we get into this, be advised that you will need to download and install some extensions to enable the Chromecast to stream to more than two devices simultaneously, which will require administrator access.

How to Chromecast to Two Devices

Start by launching Google Chrome on your Windows or Mac PC. Browse to whatever webpage you want to be Chromecast to the other two displays, and then look for the ‘Cast Screen’ option on the top right corner of the browser, which will be displayed with an icon showing a Wi-Fi-esque signal emanating from a screen. This will prompt you to connect to any display device that is connected to a Chromecast dongle. These will be displayed by the name that you will have allotted to the dongle itself. For instance, it might be named as ‘Living Room TV’. Click on the name and you will connect to it via Chromecast.

For the second Chromecast device to be connected, look for another Chromecast symbol (same symbol, but will not be blue, instead in grey colour) and click on it. This time, it will show you any leftover devices that are available to connect, click on any of them and the webpage will be displayed to two devices at once, via Chromecast.

It is pertinent to mention here that that all of these devices (the Chromecast device, the display devices, and the emanating source) need to be connected to a single network (Wi-Fi or mobile data), otherwise the connection will not be established if any device is outside the network’s range, which means that long-distance streaming is not possible.

Can You Chromecast to Multiple TVs?

While it might seem that two might be the limit for streaming for the Chromecast dongle, but actually you can use another extension on the Google Chrome browser, named Google Cast. As the name suggests, this will allow to you to cast your PC screen on two and more display devices, connected via a Chromecast dongle. Here’s how you can do it.

Start by searching for the Google Cast extension in the browser’s store. Click on Extensions, and search for Google Cast. Although still in beta release form, Google Cast actually works quite well, and you will be able to cast to multiple TVs at once with it.

When the extension has been downloaded, add it and enable it in the browser. Then, navigate on to whatever screen you want to cast via Chromecast, and using the same method as listed above, connect two devices and start streaming the content on to them.

For more than two devices, you will need to switch and sign in with another account. So, for instance, if you have a work account or another secondary account, you can sign in with it. Once you do, a new window will open up on the browser, with the same set of casting options on it. For the other two devices, follow the same procedure as listed above and connect the second devices via Chromecast to your PC, and the other two display devices will start displaying whatever webpage you’re currently on your PC.

While many claim that this second method is a workaround, and that you’re basically using two different windows at the same time to cast to multiple devices, this is not the case, especially considering that Google has an extension specifically out for that, namely the Google Cast. Furthermore, it is this browser extension that enables both the Chromecast device and the browser to simultaneously cast to four devices, the same webpage that is being displayed on the PC. So while technically it is a workaround, Google acknowledges it as the official method and allows you to simultaneously connect and stream to four devices at the same time.