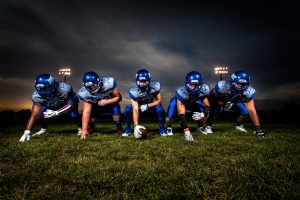 But who’s left on the market that could help bolster teams that are in a position to compete for this offseason? The 49ers have a strong, but young secondary, with exception to Sherman. The question becomes one of the contracts, and whether the 49ers are willing to take a risk on an injury-prone player. Even if he isn’t the elite player that he once was, having his experience intermingled with all the young talent would be valuable in itself. Here is the list of the top 10 teams to win the Super Bowl in 2021. He’s played 16 games last year, making it the ninth time in ten seasons that he’s stayed healthy. Both the Vegas Raiders and San Fran 49ers would have benefited from a player like Suh. Ansah had a rough 2018 and 2019 seasons but he hit a massive 14.5 sacks back in 2015. The chance at recuperating some of that magic is enough to draw some teams in. A guy like Ansah might not be the number one option to start, but would make rotating the defensive ends a lot easier. So, there are two teams with an immediate need for a winning QB. Cam Newton is a winner. As of March 17th, the Panthers gave Newton permission to seek a trade. The Chargers are a team that got a tough break last season.