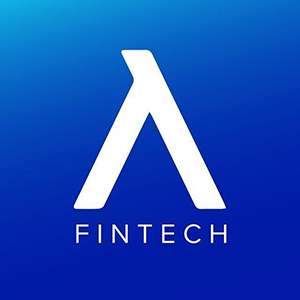 The blockchain company alleges extortive tactics from the use of open-source software.

GLOBAL / July 22, 2020 / Apollo Fintech (“Plaintiff”) is announcing the filing on July 8, 2020, of a lawsuit in the U.S. Federal District Court for the Southern District of Texas against Swiss-based Jelurida Limited and other 20 affiliated legal entities and individuals who are related to Jelurida Limited (all referred to herein as Jelurida or Defendants). Jelurida Limited is a software firm with its team mainly based in Switzerland that develops and maintains the Ardor and Nxt blockchain software.

Jelurida alleges license violations and the cloning of open-source software without acknowledgment. Apollo’s lawyers find the Dutch lawsuit baseless and define it as a “sour grapes lawsuit” in retaliation to the previously filed Apollo lawsuit in the United States.

Among other demands, Apollo’s legal action in Texas primarily seeks to:

“We are taking a stand against Jelurida’s coercive practices, including tactics against users of Nxt open-source software the Defendant may have falsely claimed to own,” says Steve McCullah, CEO of Apollo Fintech. “Apollo Blockchain is not a clone of Nxt as our developers have added nearly 400,000 lines of code in 20 work years that has refactored the blockchain.”

McCullah added, “In the coming weeks, these proceedings may shed light on Jelurida’s misstatements about developer authorization, as well as aggressive methods which seem designed to extract payments.”

Since 2018, Jelurida has published derogatory remarks towards Apollo and its community and made false claims about Apollo, including those regarding its non-compliance with the Jelurida Public License (or JPL) and the claim that Apollo was only a “clone” of NXT. Moreover, against core principles of open free software, the Defendant has demanded large sums of money in exchange for the use of what Jelurida alleges being the Nxt blockchain “open-source” code.

It has become apparent that Jelurida does not possess full ownership of the Nxt software, nor does Defendants possess proper authorization from Nxt’s developers to monetize the open-source software. Jelurida, through its legal representatives, has stated they have permission to the code in question not in its entirety since 8% of it was never assigned to Jelurida. Although 8% is already enough to contest ownership of all the licensed code, Apollo is confident of the fact that the U.S. proceeding will shed light on possibly a higher percentage of the code not being legitimately attributable to Jelurida.

“Unfortunately, it has come to our attention that the developers of Nxt open-source software have not granted Jelurida authorization for any compensatory schemes,” says Steve McCullah, CEO of Apollo Fintech. “In the Amsterdam summons, the Defendant counter-filed a suit for claims with no anticipated damages and did so in a jurisdiction in which the Defendant does not maintain any operation and a real office. Apollo is confident the legal proceedings in the U.S. Federal District Court may demonstrate Jelurida’s pattern of bad faith in commerce, slanderous claims, predatory practices, and extortive tactics.”

For example, Jelurida has published the following false statements online which are designed to harm the Apollo Fintech project:

Apollo Fintech is optimistic the Defendant’s Dutch countersuit will be discarded as baseless and without merit. The Plaintiff is furthermore convinced that the U.S. proceeding will reveal Jelurida’s hidden predatory and misleading practices whose objectives seem to (1) coerce and/or entrap good-faith users of the Nxt open-source software and (2) extract monetary compensation for such use despite the Defendant’s false claims of ownership and authorization.

As of today, Jelurida has acknowledged the existence of the lawsuit filed against them on July 8 in the U.S. Federal Court but failed to fulfill its duty to answer. Failure to answer will result in a Default Judgment whereby the District Court will be awarding Apollo what is sought in its claims. Apollo and the free software community hopes that the U.S. Federal Court proceeding will bring more transparency to the open-source arena, and stop bad actors from claiming ownership over free software and manipulating open source principles for their own egoic gain.

Apollo Fintech is a leading blockchain company that develops world-shaping fintech solutions for a global economy. Apollo has offices in Africa and North America with plans to expand in Asia, Europe, and Latin America. Apollo Fintech is becoming a global leader in Government blockchain solutions and the pioneer of international mass adoption.