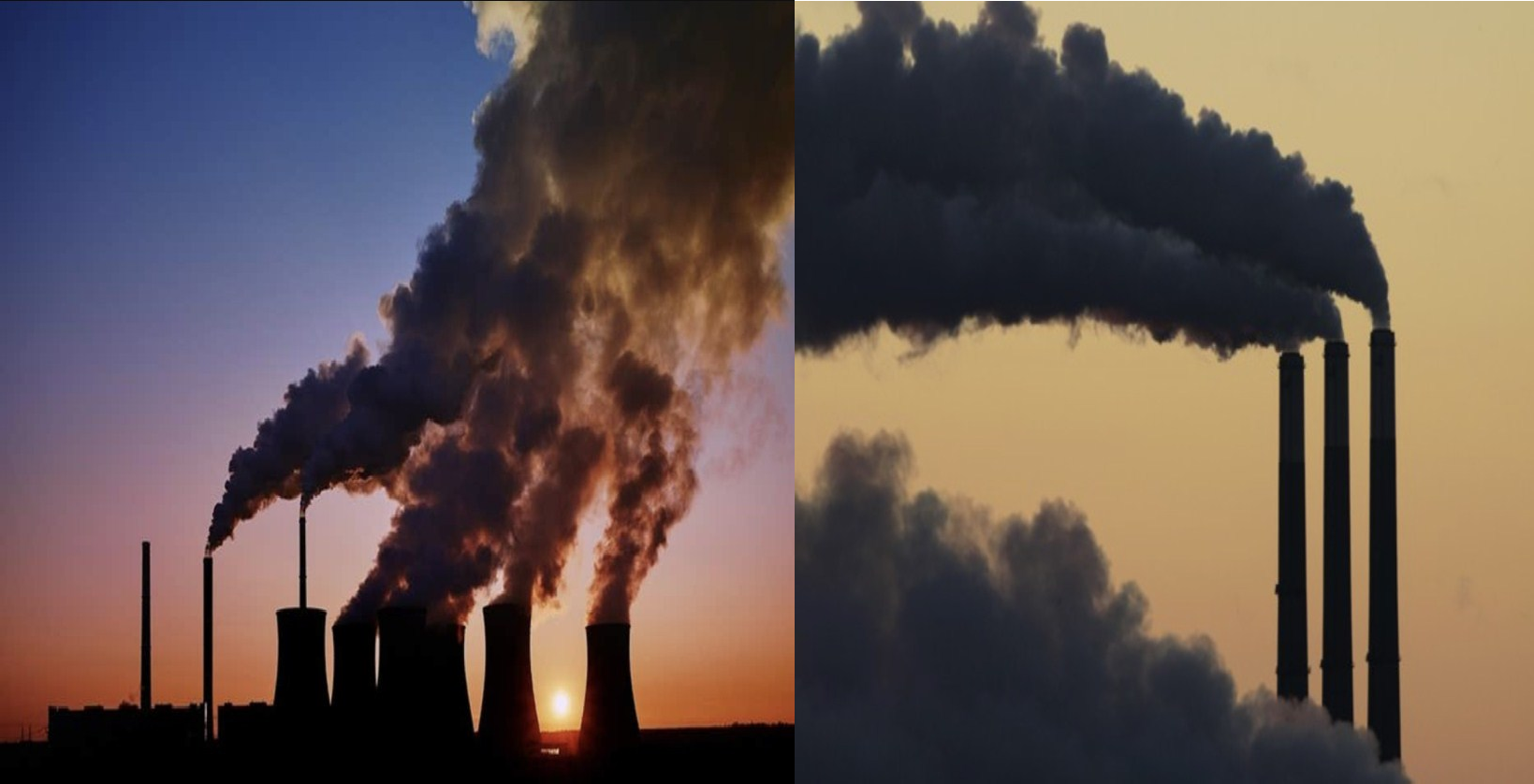 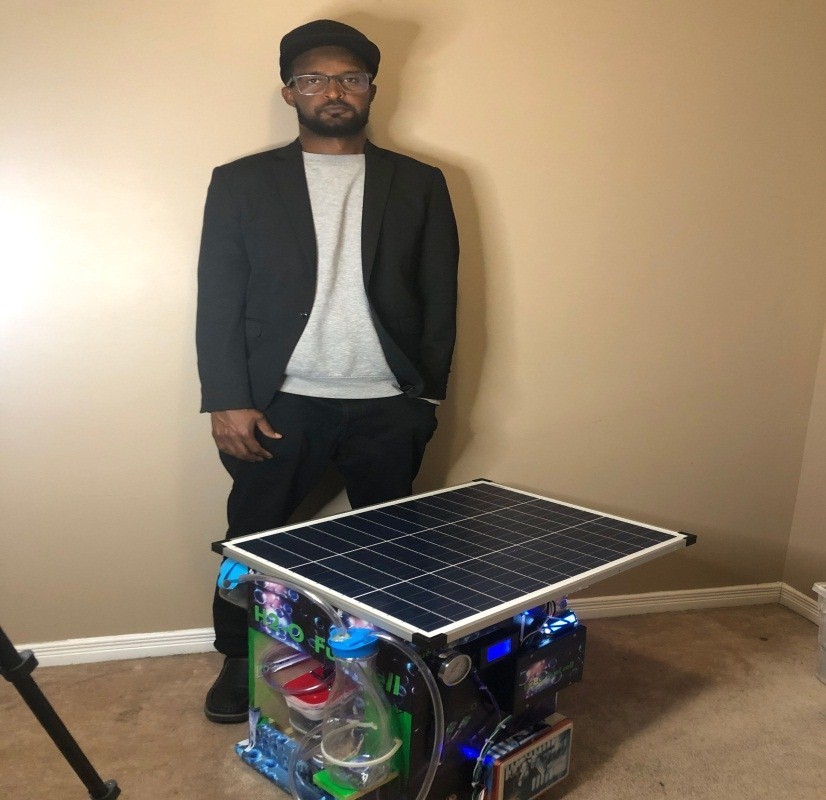 Solomon Alema Asfhsa is an independent inventor passionate about scientific principles, new ideas, and novel technologies. With five unique patents under his name, now, Solomon Alema Asfhsa has a bigger fish to fry, and to restore the environmental problems humans caused throughout the planet. Intending to kill two birds with one stone, Solomon Alema Asfhsa invested years in documenting, researching, prototyping, and troubleshooting a state-of-the-art technology Dioxide Capturing & Electrical Energy Generating System. The owner and inventor of the sophisticated technology envision creating a win-win situation for all with the best thing since sliced bread.

RATIONALE BEHIND THE INVENTION

Unfortunately, carbon emission is a major pollutant of the environment. Annually, billions of metric tons of greenhouse gases (GHGs) are released into the atmosphere causing significant damage to Mother Nature. Periodically, the natural increase in CO2 concentrations has warmed the planet causing Arctic icebergs to meltdown resulting in rising sea levels, elevating storm surges, increasing coastal erosion, irregular rainfall, desertification, and more – all in all, exposing the human population to serious health impediments. The situation got out of hand further as industrialization boomed globally – the huge amounts of CO2 emissions from vehicles and factories have worsened the world’s climate from time to time. With an all-out effort to save the planet, Solomon Alema Asfhsa took the helm to bite the bullet for once and all.

How Does the Invention Help the Planet?

CO2 capturing technologies are promising innovations built on the premise to reduce harmful emissions. Every cloud has a silver lining and Solomon Alema Asfhsa’s novel invention can help restore the ecological balance formerly disturbed by the harmful activities of humans in the past. In essence, the new technology assists in capturing the environmentally-menacing CO2 emissions and flue gases. The invention eliminates the negative ecological impacts while simultaneously improving the productive and responsible use of natural resources.

How Does the Invention Work?

As mentioned above, the technology is designed and developed to generate electric power from the system. The power generated from the system uses to capture CO2. Furthermore, within the large-scale design of the system, plentiful electric power is generated. Additionally, the generated electrical energy can be used to power factories, homes, and businesses.

The technology designed and invented to capture CO2 emissions from the environment and flue gases and to generate electric power at zero carbon emission. This technology intends to hit the nail on the head by significantly contributing to the net-zero emissions vision by 2050. The intention is to cut down air pollution and CO2 emissions, with an intent to save the planet. For that matter, the technology contributes to and helps to reduce climate change and global warming, hence, eliminating the adverse ecological impacts. Furthermore, the technology also increases public health, reducing health care costs, as a result of better air quality and public health.

OBJECTIVES OF THE TECHNOLOGY

The objectives of the new technology are:

Problems Solved by the Ground-Breaking Invention

“The new technology serves as Carbon capture and power plant at zero carbon emissions”, kill two birds with one stone

The new generation carbon capture technology focuses on the new way of the art and skills of the “carbon dioxide capturing and electric power generating system” machine, to solve the CO2 emissions.

OUTPUT PRODUCTS FROM THE MACHINE?

The second design is reinvented in a unique way called the “Tree-Shaped CO2 Capturing Tree”. The physical structure and ergonomics of the “carbon dioxide capturing and electric power generating system” is “Tree- fashioned”. The “Tree-shaped CO2 Capturing Tree” invention directly pulls air from the atmosphere through designed leaves and captures harmful emissions present in the air. This one-of-a-kind tech can be designed in different sizes and easily installed/planted in different venues, including parks, streets, and building fronts.

As it is well known, developed countries across the globe are exhibiting an unwavering commitment to moving to net-zero emissions by 2050. This is especially evident in the US and Canada; the countries target to achieve net-zero emissions in coming years vying to establish a series of interim emissions reduction targets with a five-year milestone toward that goal. Reaching the net-zero emission goal for industries and factories will require the deployment of Carbon Capture and Usage or Storage (CCUS) technologies at scale.

The newly-proposed technology effectively collects CO2 from industrial processes, extracting harmful emissions directly from the air, and offers promising opportunities to combat climate change. For that reason, the inventor believes this technology contributes to the betterment of society and future generations. A medium-sized prototype is projected to capture 65 kilotons of CO2 per year contributing to a sustainable solution for the carbon dioxide emission challenges.

On average, a typical tree can absorb around 21 kilograms of CO2 per year, however, this figure is only achieved when the tree is fully grown – saplings will absorb significantly less than this. A medium-sized CO2 Capturing Technology is designed to capture 60 kilotons of CO2 annually. As mentioned earlier, after being assembled, a medium-sized technology is expected to capture 65 kilotons of CO2 per year, or the equivalent of the emissions of 13,334 cars annually, according to the National Energy Board estimates. Hence, the one medium-sized of “Carbon dioxide capturing and electric power generating system” technology is equivalent capable capturing of CO2 gases with the 2, 857,143 trees.

Currently, the invention is registered and protected by the Canadian intellectual property patent office, the United States patent office, and other countries.

ABOUT THE INVENTOR – SOLOMON ALEMA ASFHSA

“…for the believers, nothing is impossible…”

Before immigrating to Canada, the inventor worked in CO2 capturing and renewable energy technology innovations. During this time, he managed to successfully secure different foreign patents for ” CO2 Capturing Machine” and “Hydrogen Fuel Cell Technology” and he was awarded foreign patents for his contributions and new inventions.

The inventor sacrificed a lot to develop this novel technology. Landing in Canada a couple of years ago, life as a new immigrant came with its fair share of problems making it difficult to settle. However, a strong resolute and unbreakable vision empowered Solomon Alema Asfhsa to work incessantly to accomplish everything he envisioned.

Focused on the development of technology, Solomon Alema Asfhsa spent around four years, working hard day and night to accomplish his goals of sustainable, greener living. He believes that by working hard on one specific goal day and night with unwavering ambitions to grasp greatness, he realized that the “impossible is possible”.

For days, weeks on end, sometimes even months, Solomon Alema Asfhsa was stuck with unsolved problems. Solving one problem a day, the inventor was capable of resolving difficult and unsolved problems, and he says, “that’s the way how to achieve your goals.”

For a new immigrant, it is impossible to develop such kind of complicated and hi-tech invention. However, his unbreakable passion to create something meaningful for mankind empowered his conscience to identify and troubleshoot problems day and night. With God by his side, and the passion to create result-oriented things for people around him, he developed and completed this invention successfully.

The inventor is a firm believer, “if you focus on one specific goal, if you have great perseverance and if you work on your goal day and night, the impossible becomes possible, and you will achieve whatever your dream is.”

While the humankind will almost always create a carbon footprint on the environment, it should strive to look for ways to reduce the burden of its fossil fuel usage.

For decades, mankind have been releasing Earth-warming GHGs into the atmosphere. However, the question still stands, “Can emerging technologies fix the damage?” The answer is YES!!!

Rapid advancements in carbon sequestration technology, which extract and absorb CO2 from the atmosphere, or flue gas are crucial to the ecosystem and the advancement of civilization if we are to escape the worst effects of climate change.

As carbon capture innovation advances, companies will reduce the quantity of GHGs in the atmosphere. A move to renewable and clean energy technologies, on the other hand, is critical in decreasing our net carbon dioxide emissions.

For any further discussion or collaboration on the new technology with the inventor and owner of the technology, you can directly contact the inventor at the following email: [email protected]

Additional photos, videos, and diagrams are available upon request. All rights reserved. No part of this publication may be reproduced, stored in a retrieval system of any nature, or transmitted, in any form or by any means, electronic, mechanical, photocopying, recording or otherwise, without the prior permission of the publisher. The publisher does not accept any liability for inaccuracies in this report.© 2022